When we give to someone in need, we create a spark that fires up others. That’s the theme we noticed while speaking with some of Mount Pleasant’s most selfless individuals – the idea that putting someone else first is contagious and is passed along. Each of these community members has a specific calling to better the world. Some of them are in the limelight; some are more likely to shun publicity. But these remarkable Samaritans have one thing in common: They believe in the power of good intention. 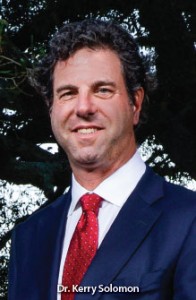 “All three of us had worked in philanthropy in various places around the globe and realized that, in this economy, people needed our help,” said Dr. Solomon. “And what better place is there to help than our own community? The Association for the Blind and the Commission for the Blind have very little resources. Money is tight for a lot of organizations, and, at Carolina Eyecare, we have our own surgery center. We can also control our costs more effectively than other facilities.”

Operation Sight has handled more than 42 cases since its inception in October 2011. The first surgeries performed were televised by the American Academy of Ophthalmology for educational purposes. Operation Sight was granted its 501C3 in August, officially joining the ranks of nonprofit organizations.

“What has developed has been amazing,” said Dr. Solomon. “We hope it inspires other workplace volunteerism.” Dr. Solomon and his crew recently helped put a teacher back to work after her cataract surgery, which was made possible by Operation Sight.

“She couldn’t see or teach anymore, and now she’s back in the workforce, educating students again,” said Dr. Solomon. Dr. Solomon and team are optimistic about future projects of this type.

“We think this may be a model that can be repeated throughout the state and throughout the country,” he said. “Everyone wants the opportunity to help others; we all just need to find the right circumstances.” 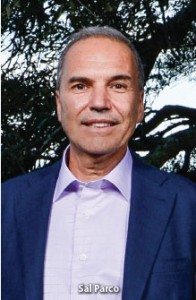 “Since the beginning of my career in restaurants, I’ve cooked for soup kitchens and other small, local efforts,” said Sal Parco, owner of the Dine with Sal restaurant group. “It’s important to help whenever you can – we only get one shot in life.”

Parco’s group of restaurants – including Mount Pleasant favorites Boulevard Diner and The Mustard Seed – regularly give back to the community through nonprofits, churches and schools. Dine with Sal has helped well over 50 institutions in the past year.

“Once a week we’ll offer food to the Habitat for Humanity volunteers,” said Parco. “And we consistently contribute to Feed the Need on Rivers Avenue. We bring pasta, salads, desserts … you’ll see people lined up with their families, people who have nothing at all. We’ll feed about 500 individuals in two hours a lot of the time.”

Though most people know Parco’s restaurants are closed on Sundays, he recently opened Boulevard Diner on the seventh day of the week to assist Moultrie Middle School in a band fundraiser. He’s also helped Creative Spark Center for the Arts, Sea Turtle Rescue for the South Carolina Aquarium, the Charleston Chapter of the Military Officer Association, Our Lady of Mercy Community Outreach and the Red Cross.

“I tell each manager at each of my restaurants to help someone in this community,” said Parco. “But we always try to work with the little guys and keep it focused on our neighbors.” 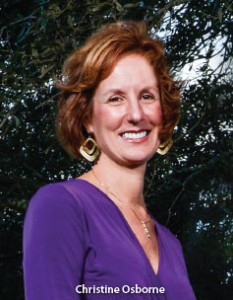 “I surround myself with giving people,” said Christine Osborne, owner of Wonder Works. “It’s like a chain reaction, and the community members all come up with their own ideas.”

Osborne is invested in making children happy, not only within her shop but elsewhere in the Lowcountry. Her philosophy seems to be that even the kids can – and do – help each other out. It isn’t just the adults who make her events a success.

One of Osborne’s annual events, WonderFest, raises funds for several different children’s charities. Among these are the Hugs for Harper Endowment, which raises money for a researcher at MUSC to study soft tissue cell cancer; Abby’s Friends, which supports juvenile diabetes; and Keys for Hope, which supports Crisis Ministries. There’s no charge for food and entertainment, and kids can enjoy face painting, games and a free toy.

“I predict other charities will be added eventually,” Osborne mused.

Besides WonderFest, the Elf ‘Stravaganza, which happens each November, is a holiday treat for families that participate in the “Elf on the Shelf” tradition. This fundraiser features an appearance from the elf and a book signing. There’s also ornamentmaking, letters to Santa, cookie-baking and more fun stuff. Children’s charities that benefit include Samaritan’s Purse, which helps provide for needy kids during the holidays, and Blessings for Becky, which increases awareness of colon cancer.

“If you open your heart, the magic happens,” said Osborne. “The thing about children is that they know no boundaries. If you tell them you need thousands of toys or millions of dollars, they believe it is possible. And they find it.”

“I was inspired to pursue this project while taking care of my mother, who suffered several years ago from Alzheimer’s,” said Stokes-Marshall. “Many seniors don’t ever leave their homes and don’t get together with other people their own age for a healthy outlet. I feel that the senior population of Mount Pleasant, which is our largest growing demographic, deserves support.”

Stokes-Marshall sought the help of Jill Ledford, who directed the James Island senior facility. But unlike James Island, East Cooper did not yet have an organized body of volunteers, land or the funds to build the center. So Stokes-Marshall got to work sending letters out into the community.

“I must have sent about 300 letters out,” she commented. “We eventually formed a committee, and we met on numerous occasions. One of the people who volunteered, Andrea Wozniak, former CEO at East Cooper Regional Medical Center, suggested that Tenet, the hospital’s parent company, might be willing to donate land. Tenet ended up giving the center three acres.”

The town of Mount Pleasant and the South Carolina Department of Aging shared the cost of construction. The center opened to much fanfare in October 2008, aptly named after Stokes-Marshall.

Despite the progress made with the current senior center, Stokes-Marshall stressed that in the future, as north Mount Pleasant grows, a second center may be necessary.

“I want the town of Mount Pleasant to be proactive and prepared,” she said. “You have to know where you came from to know where you’re going. Our seniors, their knowledge and their dignity are important.” 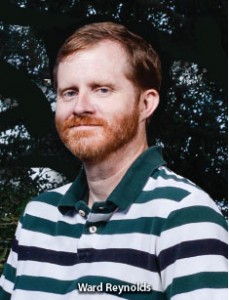 Ward Reynolds grew up loving and understanding dogs. The Mount Pleasant resident considers himself to be “an excellent dog reader,” so when he saw a flier one day in his neighborhood about volunteering on behalf of dogs, he was immediately drawn to the opportunity.

“My dilemma is that I thought I would start bringing all the dogs home with me,” said Reynolds with a chuckle. “Or that one of the dogs would end up being put down, and I’d be devastated. But it isn’t like that. The shelter is run so well, adoption is at an all-time high.”

Reynolds has been volunteering at the Charleston Animal Society – formerly the John Ancrum SPCA – for about four years, usually three to four days a week. His primary concern is caring for the dogs who are in the “back room,” which is where dogs that aren’t prepared to be on the adoption floor must stay.

“I take the dogs that have just come to the shelter, walk them and play with them,” he said. “Some of them have to wait for their owners; some are waiting to pass tests to be eligible for adoption.”

When I asked Reynolds if he’d ever been scared of a dog he was encountering for the first time, he shook his head.

“I do a good job of reading them; I can tell if a dog is dangerous,” he said. “When you’re picked up from what you’re used to and taken to a prison – a cage with four sides – it’s understandable that the dogs can be skittish at first. But my favorite ones are the ones that need coaxing. When I bring them into the yard, they relax and realize everything will be OK. There’s nothing like that feeling. It’s like mentally rescuing the dog from fear and unhappiness.”

Besides caring for dogs, Reynolds regularly participates in the shelter’s off-site events for adoptions.

“I love to do those; it’s when I can help people decide what dog suits them to take home. At the shelter, I leave that job up to the adoption floor volunteers.”

Reynolds stressed the importance of supporting the shelter through donations.

“It’s important to make a difference,” he said simply. “Even if people just give a little, it counts.”

On this episode of Mount Pleasant Podcast, Kathy Landing, Candidate S.C. State House talks with host Brian Cleary about why she wants to serve in the S.C. House of Representatives District 80, the … END_OF_DOCUMENT_TOKEN_TO_BE_REPLACED

Hero Heating and Air Nominating Category: Best Heating and Air Company Justin K. Acree, Chief Operating Officer What is it like working with the Mount Pleasant community? Working in the … END_OF_DOCUMENT_TOKEN_TO_BE_REPLACED

Historic Georgetown, South Carolina is the cozy town you didn’t know you were looking to find. Located about an hour north of Charleston, the historic port city at the heart of the Winyah Bay sits … END_OF_DOCUMENT_TOKEN_TO_BE_REPLACED