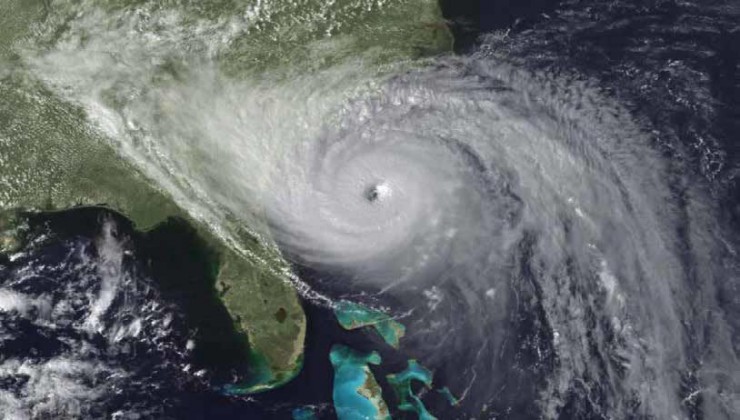 During those four weeks, Price lost 99 percent of his worldly possessions, protected a devastated jurisdiction, shared the grief and sorrow of his fellow islanders’ losses and worried about the well-being of his estranged wife and three children, who live in the San Francisco Bay area.

“I’m not hunting for any glory,” he said during a routine patrol of Sullivan’s Island. “I’m just an ordinary person who, like many others, lost everything during the hurricane.”

The destructive powers of Hurricane Hugo, which struck the Charleston area on the night of Sept. 21,, were initially underrated by many locals, including Price.

“This was my second hurricane. I rode one out when I lived in Hawaii back in 1979, but it wasn’t as powerful as Hugo. I underestimated what it would do, but I guess we all did,” he said matter-of-factly.

“We had a hurricane tracking map on the office wall, and we didn’t use it for show. We had been pinpointing it (Hugo) and watching it closely on the news. But on Wednesday (Sept. 20) we received word from the Emergency Preparedness officials to evacuate the island.

“My immediate thoughts were of long traffic lines, the people who had been here for so many years and would be forced to evacuate and those folks who couldn’t leave,” he said. “I knew we would have problems. We then went through the streets and used the loudspeakers to say: ‘mandatory evacuation; leave immediately.’ I must have repeated that a million times.”

“There were several senior citizens that I knew could not get off the island by themselves, so I went and helped them move to the Moultrie Middle School shelter. I was really concerned about getting them to a safe place,” he remarked.

Thursday morning, Price and his fellow officers were positioned by the Ben Sawyer Bridge, informing travelers that they would not be allowed on the island. He later patrolled the area and eventually convinced local surfers to depart the Station 22 beach, which was enjoying Hugo’s lone benefit – great waves. During his rounds, Price occasionally stopped by his apartment on Station 20 to pack things into the trunk of his police car. He knew he wouldn’t be spending the night in the comfort of his home.

“We had plans to stay in the police station as long as possible and then move to the I’On Avenue bunkers,” he remembered. “When the chief (Jack Lillienthal) and I saw the wind lift a truck and then heard there was a possibility of a 30-foot surge, we left for Mount Pleasant. By midnight we were on the causeway after crossing a shaking bridge, but we couldn’t see in front of us. It was hard to keep the vehicle on the road. Chief made us wear life vests before we left the island and at first I thought it was silly, but I was glad we did. It was a wise decision.”

Price eventually stayed with friends in Mount Pleasant but could not relax. The ripping sound of the wind, the cracking of trees and the scratching of roof shingles kept him wide awake, and he later went outside during the calm of the hurricane’s eye. He could see the stars but quickly went indoors when the wind began to pick back up.

Although it was still dark, Price, unable to sleep, made an attempt to return to the island. Boats, debris and fallen telephone poles blocked his path on the causeway, but eventually he got as far as Toller’s Cove. Price said he was in “a state of shock” when he saw the Ben Sawyer Bridge dangling in the Intracoastal Waterway.

Several island officials were the first to take a boat to the island.

“Chief and the fire chief were in the first boat, and I’ll always remember them telling me, ‘You won’t believe this. It’s really something.’ I began to think of how long it would take for the island to recover, how the seniors would manage and whether most of the residents would simply pack up and leave,” he said. “Late Friday afternoon, I went to look at my apartment. I was actually scared to open the door. My hand was shaking and I could not get the key in the door. I had to force the door to get it to open. I was dumbstruck. Everything was turned over; mud was everywhere. It’s a hollow feeling, to see all of your possessions utterly ruined. All the rooms were trashed.”

“I had a footlocker with photos of the kids and my paperwork in it. I walked over to it and hesitated before opening it. After I lifted the top and saw that it was full of water, I began to cry. I literally bawled like a baby. It was bad enough to have lost furniture, but to have lost those photos nearly killed me. I immediately left the place and couldn’t go back there. I was glad to have my work to get my mind off what I had lost,” he said.

Price was responsible for helping to keep people off the island. Although there were no problems with looters, the police did have to contend with scavengers. Price exterminated four copperhead snakes in one day, using “Old Betsy” – as he calls his pistol – and ran over another one with his car. He added that the National Guard did an excellent job and assisted area law enforcement personnel a great deal. He was grateful for the Guard’s around-the-clock work.

By Tuesday Sept. 26, officials began to allow residents to return to the island aboard ferries from Shem Creek.
“I knew people would be frustrated, but many folks were cheerful and polite. I think they were genuinely glad to be back home, and I’m sure many of them were hiding their actual fears. I just listened to them. Even if they complained, I just listened. Sometimes listening is the best medicine for a person, and it was this time. In most cases I could relate to what they were going through since I was going through it myself,” he said.

Price came to grips with his personal losses and tried not think about them. His new attitude was that the crying time was over and that you just have to go to work, which is what he did.

“My job is just a job. I didn’t do anything heroic,” he insisted. “I just did what I was supposed to do – nothing special.”

During the weeks following Hugo, Sullivan’s Island slowly began to return to a state of “normalcy.” David Price, the policeman, is a hero for listening, being concerned and doing his job. David Price, the survivor, had no choice but to take things day-by-day like everyone else. Yet he sincerely wishes life came with a supply of erasers so he could eliminate four long, hard and disastrous weeks.

KIDS FIRST Swim School Best Place for Swim Lessons Brian Cubbage, Owner What is it like working with the Mount Pleasant community? This community is amazing. So many people share our … END_OF_DOCUMENT_TOKEN_TO_BE_REPLACED

Historic Georgetown, South Carolina is the cozy town you didn’t know you were looking to find. Located about an hour north of Charleston, the historic port city at the heart of the Winyah Bay sits … END_OF_DOCUMENT_TOKEN_TO_BE_REPLACED