Recently, I cast a net and was pleased with my catch. All of my family, friends and friends of family and friends of friends were willing to contribute. Confused? Read on and I promise it will make sense.

I asked those closest to me what some of their favorite home remedies are and where they originally heard about them, and the conversation rapidly grew to people I had never met. People really like sharing these little gems because, in the long run, they are much more convenient and cheaper. And they make us feel useful and a tad bit closer to the generations that came before us. 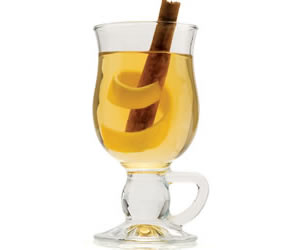 I was surprised at how some home remedies were similar even when the people came from different regions of the country. From Pennsylvania to the Carolinas, the recipes for hot toddies were all basically the same: hot tea, honey, lemon and a splash of liquor. After all, the Appalachian Mountains aren’t too far from our coastal paradise.

Moonshine was also recommended as a way to get you through those colds.

“I call it my concoction for when I have a sore throat. It is very strong but it works,” she pointed out.

I made sure every piece of advice included here was tested and used by those interviewed for the article. For instance, my father-in-law’s best friend’s wife’s cousin, who at the time of this article was vacationing in Florida from a small town in the Upstate, shared that swallowing a teaspoon of yellow mustard will help ease the pain of leg cramps. It is a remedy she uses regularly.

Years ago, my sister, who was told by a grandmother of a friend, shared her solution for children who seem to suffer from growing pains: eat bananas. According to the grandmother, potassium will eliminate the pain. This was shared with me because my son started showing signs of suffering from growing pains when he was 2 years old. I was willing to try this remedy instead of over-the-counter pain medicine, and to this day bananas are my option. They really work.

It is amazing what ordinary household items can accomplish. Did you know that a little bit of thick corn syrup – like you would use in a pecan pie – mixed with formula in a baby bottle can help with constipation? Or did you know that if your child has a severe diaper rash and ointment isn’t working, you can pour or dab magnesium hydroxide – better known as milk of magnesia – over the rash and it takes the pain away almost instantly? The same ingredient in the medicine that helps ease the acid in your stomach eases the acid that is causing the rash on the outside. I know because both of these remedies were passed to me by my children’s pediatrician and they work.

My neighbor, who is originally from Kentucky, shared an alcohol bath remedy that her mother learned from a doctor back when doctors made house calls. If a child is running a fever and you are having trouble getting it to come down, she said to use equal parts rubbing alcohol and lukewarm water. 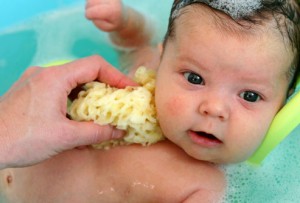 “Use a cloth and wipe the child down as you continuously wring the cloth. My family has used it for generations and it really, really works,” she said.

I must mention the plethora of uses for Epsom salt and vinegar. There are many benefits to keeping these two items on hand. So many people in my net mentioned these two items that I don’t have enough room to list all the things they can do.

Did you know Epsom salt can cure many things, from muscle aches to open sores and stomach aches and can also be used as plant food?

Vinegar is just as versatile. From cooking to cleaning, many women told me they use it daily around the house.

If you trust that friend’s grandmother or your neighbor from Kentucky, these simple home remedies may be worth the try.

Rebecca Imholz, Director of the Mount Pleasant Chamber of Commerce talks with host Brian Cleary about the 2nd Annual Dine Where You Live Campaign which is a proactive reaction by Mount Pleasant to … END_OF_DOCUMENT_TOKEN_TO_BE_REPLACED

For many of us, April 18 represents a looming and ominous deadline — Tax Day. Be it dread of the unknown, anxiety over how to navigate a complicated process, panic about penalties or stress about the … END_OF_DOCUMENT_TOKEN_TO_BE_REPLACED

Retiring from the fourth largest municipality in .the state of South Carolina after nearly 24 years of heading the Town of Mount Pleasant’s communications office is a momentous occasion for me. … END_OF_DOCUMENT_TOKEN_TO_BE_REPLACED