Since Boeing opened its doors in North Charleston in November 2011, the airline manufacturing juggernaut has captured the attention of local news organizations, elected officials and the general public. The 787 Dreamliner program, housed adjacent to the Charleston International Airport, sits on approximately 141 acres and boasts a beautiful campus that employs thousands of Charleston-area residents. Boeing’s economic impact on the region can be seen in its breathtaking manufacturing facilities, millions of dollars in new wages sloshing around the local economy and the many young, talented locals who have committed to building a life in the region because of career opportunities with Boeing.

Aside from South Carolina’s economic environment, its right-to-work policies and the incentive package provided to Boeing by the state, another core reason offering homegrown talent across myriad industries long-term career opportunities. Mount Pleasant Town Councilman Mark Smith spoke about the rise of manufacturing jobs in the Charleston area.

“As a direct result of Boeing’s decision to locate in the Lowcountry, manufacturing employment in Charleston, Berkeley and Dorchester counties will continue to grow by more than 14 percent by 2024,” he predicted.

Across East Cooper, Boeing’s full-time employees and contractors play an integral role in the community. Some are new to Mount Pleasant, but many grew up in the area, went to high school here and have come home because of the attractive career opportunities that have flowed out of Charleston’s emergent aerospace industry. Page, who travels across the Southeast for her auction company, has been to many communities where opportunities for young people do not exist. That’s why she sees Boeing’s decision to locate in South Carolina as a game changer.

“My whole life, it seemed that you had to be a professional or own a small business to do well in Mount Pleasant,” Page said. “Now you can live in the community where your friends and family and church reside, because we have thriving industries and educational programs supporting those industries – like Trident Tech’s ReadySC program and Clemson’s new aeronautics program. All of this started with Boeing.” 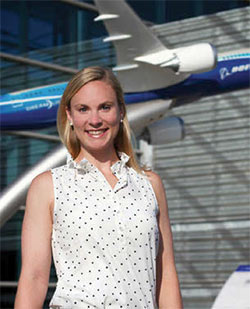 Tenure at Boeing: Started in August 2010.

Path to Boeing: I was sitting in Sen. Jim DeMint’s office in the fall of 2009, as excited as the rest of South Carolina that Boeing had announced it would be locating its second 787 assembly line in North Charleston. I thought about how much fun it would be to get to introduce South Carolina to Boeing and Boeing to South Carolina. I researched their government affairs offices and applied when I saw an exciting position open up. The rest is history.

Favorite aspect of her job: The employees at the Boeing Company do amazing things all day, every day. I love that my job allows me to tell their story and make the outside world as proud of them as I am.

Favorite part of Boeing’s campus: I’m very fortunate that my office overlooks the factory. I love to watch the parts of the airplane come to the site as separate pieces and leave the factory as a beautiful 787 Dreamliner ready for its first flight. 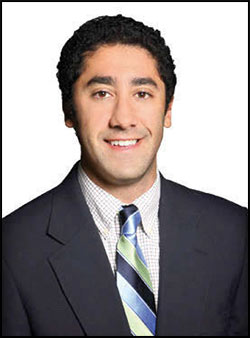 Tenure at Boeing: I have worked on construction projects on-site at Boeing since the spring of 2014.

Responsibilities at Boeing: I am a superintendent with KBR overseeing million-dollar construction projects at the Boeing North Charleston campus. Specifically, I have supported the 88-19 North expansion, which is a clean room with minimal particles in the air where fiber is wrapped onto plane barrels. I also supported projects with the mid-tower renovation, an office building with offices, break rooms and conference rooms. I’m now managing the development of the Autoclave 2, a facility where carbon fiber is adhered to the planes through what looks like big, industrial sized ovens.

Path to Boeing: I was on a project in Celina, Ohio, over-seeing the development of a 400,000-square-foot distribution center. This project ran through an awful winter in Ohio, and I literally thought about getting back to Charleston on a daily basis. I now understand the motivation for the massive amounts of migration from Ohio to South Carolina. We literally had a full-time snow plowing team on-site because it was 15 below zero every day for a few months. Juxtapose that with Mount Pleasant – that’ll put things in perspective for you. With Boeing’s arrival in South Carolina came many construction opportunities, and KBR thankfully sent me home!

Favorite aspect of his job: I appreciate being able to see the fruits of my labor. The construction industry is perfect for me in that I get to work outside with a diverse group of people to build something that is tangible and will likely house thousands of jobs for the foreseeable future.

Favorite part of Boeing’s campus: The action. There is always so much going on out there. It’s like its own little city. From the thousands of employees to the spectacular buildings, I love being on campus because it’s energizing. 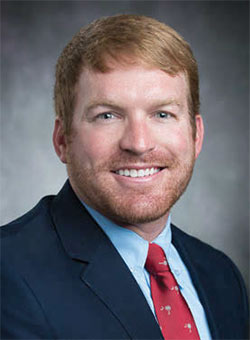 Current residence: I live off of Highway 41.

Tenure at Boeing: Joined Boeing in May 2011.

Path to Boeing: I was working for Sloan Construction in Greenville, South Carolina, as a project engineer on major highway infrastructure projects worth over $33 million, and I got a call from Stall High School’s principal, Mr. Wilson, who works with Boeing on the development of Stall’s robotics program and is also my dad. He had learned that Boeing was hiring facility engineers at their 787 assembly plant in North Charleston. After a brief sanity check with dad, I researched the job online and applied when I saw an exciting position open up.

Favorite aspect of his job: The employees at the Boeing Company do amazing things every day. I love that my job allows me to serve the Boeing Company and supporting infrastructure in planning, engineering and construction to build the future of the most advanced airplane manufacturing factory in the world.

Favorite part of Boeing’s campus: The Boeing South Carolina site is vast and impressive and has multiple campuses. As a civil engineer with a natural enjoyment in planning and land development, it’s difficult to have a favorite part – I love it all!

For many of us, April 18 represents a looming and ominous deadline — Tax Day. Be it dread of the unknown, anxiety over how to navigate a complicated process, panic about penalties or stress about the … END_OF_DOCUMENT_TOKEN_TO_BE_REPLACED

Retiring from the fourth largest municipality in .the state of South Carolina after nearly 24 years of heading the Town of Mount Pleasant’s communications office is a momentous occasion for me. … END_OF_DOCUMENT_TOKEN_TO_BE_REPLACED

Perhaps you’ve noticed it as you’ve turned off Highway 17 onto Mathis Ferry Road, just past the first traffic circle. More likely than not, you haven’t paid it much attention. But that’s about to … END_OF_DOCUMENT_TOKEN_TO_BE_REPLACED