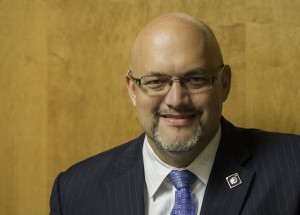 Smith was elected to his first term in office – taking his initial dip into the political pool – in 2013, and has been hard at work ever since.

“I average 20 to 25 hours a week between Council and the water commission,” said Smith.

He explained that one of the first things he learned on the job is that there is a lot of work involved for what’s technically a part-time job, to make sure his decisions are well-informed.

“I’m very thankful that I’ve had the significant amount of required time to dedicate to preparation before committee and Council meetings, based on facts and not likes and dislikes of any projects,” he said.

But all that homework has paid off, and Smith feels he is serving the town precisely the way he promised in his campaign.

“One of the reasons I ran was due to my ever-growing frustrations over governmental regulations, what felt like continual, never-ending tax and fee increases on me as a small business owner and member of the community,” recalled Smith.

“Looking back over my voting record over the past 20 months, I’m very proud to say my votes have been consistent with what I campaigned on,” explained Smith, adding “but it is frustrating at times how slow government has to move as compared to the private sector.”

Government doesn’t always move quickly, but Smith is doing his part to ensure that Mount Pleasant is being properly represented.

“At the end of the day,” said Smith, “I feel the vote that I bring to committee and Council meetings belongs to the people I represent, not me personally.”

For many of us, April 18 represents a looming and ominous deadline — Tax Day. Be it dread of the unknown, anxiety over how to navigate a complicated process, panic about penalties or stress about the … END_OF_DOCUMENT_TOKEN_TO_BE_REPLACED

Retiring from the fourth largest municipality in .the state of South Carolina after nearly 24 years of heading the Town of Mount Pleasant’s communications office is a momentous occasion for me. … END_OF_DOCUMENT_TOKEN_TO_BE_REPLACED

Perhaps you’ve noticed it as you’ve turned off Highway 17 onto Mathis Ferry Road, just past the first traffic circle. More likely than not, you haven’t paid it much attention. But that’s about to … END_OF_DOCUMENT_TOKEN_TO_BE_REPLACED