Wounded three times, unable to walk and facing an overwhelming enemy force, Capt. James E. Livingston carried on the fight, leading Marines from three different companies in a brutal battle that helped turn the tide of the Vietnam War. Two years later, he was awarded the Medal of Honor, the highest accolade possible for a member of the American armed services.

A retired general and a Mount Pleasant resident, Livingston is fighting a different battle these days. As one of 77 living recipients of the nation’s most coveted honor and a member of the board of the National Medal of Honor Museum Foundation, he’s trying to help raise enough money to complete the National Medal of Honor Museum on a 7.1-acre plot of land at Patriots Point before the 12 remaining soldiers who earned the medal during World War II and the Korean War pass away.

“They’re not going to be with us much longer,” said Livingston.

The youngest living recipient from the Korean War is 85; the oldest from World War II is 96. The Website of the Congressional Medal of Honor Society documents why it’s important to build the museum as expeditiously as possible. Four servicemen who earned the ultimate honor have passed away in the past year: Marine Pvt. Hector A. Cafferata Jr., Army Sgt. Santiago J. Erevia, Army Cpl. Tibor Rubin and Army Pvt. George T. Sakato.

Livingston said he is optimistic that construction on the three-building, 107,000-square-foot complex will begin in 2017 and take around 18 months to complete. The five-story museum will include a 240-seat auditorium; a store; a chapel; conference, classroom and meeting space; a small café; a 140-seat chapel; and administrative offices. The entire project is expected to cost in the neighborhood of $110 million, most of that money coming from private donations large and small, according to Livingston. He said by the end of 2016, the state of South Carolina will have contributed $5 million, while the town of Mount Pleasant is spending $1.5 million to change the route of Patriots Point Boulevard.

“We’ll move everything possible from the Yorktown location to the National Medal of Honor Museum,” Livingston said.

The museum will serve as a testament to the courage and determination of the nation’s Medal of Honor recipients, but it also will offer an array of exhibits and programs aimed at educating the public on subjects including the need for a standing Army; the history of the medal; and the role U.S. presidents have played in awarding the medal. Most importantly, according to the museum’s website, “We want visitors to understand the meaning and price of freedom and appreciate what it means to put service above self.”

The Character Development Program will be aimed at promoting courage, patriotism and sacrifice among middle and high school students, while the museum’s Citizen Honors Program will recognize Americans who aren’t in the military but “have made a difference in the lives of others through a singular act of extraordinary heroism or through a continued commitment of putting others first.” Since 2008, the program has honored a total of 36 people, always on March 25 – Medal of Honor Day.

Besides wanting to complete the museum before the rest of the World War II and Korean War recipients are gone, Livingston cited another reason for his dedication to bringing the project to reality.

“I want to leave the legacy of the Medal of Honor behind to the young kids of this country,” he said. “I want them to have a unique experience. I want them to feel they want to give something back to their country.”

Actor, director and musician Gary Sinise is the national advisor and spokesman for the museum.

The Medal of Honor Museum will sit on land owned by the state of South Carolina and leased from Patriots Point at a cost of $1 a year. The National Medal of Honor Museum Foundation has an option to lease another six acres adjacent to the museum property, at fair market value, according to Patriots Point Executive Director Mac Burdette. It’s possible, Burdette said, that both Patriots Point and the museum will turn a profit if the six acres of land is subleased to a commercial developer. At the very least, the Museum Foundation will be able to determine what is built next door.

“It’s important for the state of South Carolina to have the museum,” Burdette said. “A lot of other places wanted it.”

“Patriots Point will get a percent of the revenue generated by commercial development on the six-acre property. The museum will make some money, but not a huge amount,” he added. “But someone might pay a premium to lease that land, and both Patriots Point and the Medal of Honor Museum will receive revenue.”

Livingston, a native of the small Southeast Georgia town of McRae, earned the Medal of Honor in 1968 at the Battle of Dai Do, a strategically important village in Vietnam. His mission as commanding officer of a company of 185 men was to retake the village from the enemy and rescue another company that had been cut off from the rest of the battalion. All but 35 of his men were killed or wounded, and he himself was hit twice by shrapnel and again by a shot from a 50-caliber machine gun. Nevertheless, he continued the fight, leading what was left of the two companies to help a third company that was engaged in a fierce firefight in a neighboring village.

He spent three months at Tripler Army Medical Center in Hawaii recuperating from the injuries he sustained at Dai Do.

Livingston later learned just how monumental his task had been – 800 Marines were up against 10,000 North Vietnamese soldiers.

“It was one hell of a fight,” he commented. “Most of the guys believed in what they were doing. If we had not won that battle, the war would have been strategically over. Dong Ha probably would have been overrun. That was their target. We stopped them with 800 Marines.”

Livingston earned a degree in Civil Engineering at Auburn University, though he admitted that “The only thing I used it for was to blow things up.” He spent 34 years in the U.S. Marine Corps, including several tours of duty in Vietnam in the 1960s and 1970s. He retired in 1995 and put down temporary roots in New Orleans, where he and his wife remained until 2004, leaving the city just six months before it was devastated by Hurricane Katrina.

They moved 29 times before landing in Mount Pleasant, then once more when they relocated from Dunes West to Tides, near the Arthur Ravenel Bridge. Livingston has no regrets about the path that took him from rural Georgia to Vietnam, The Philippines, London, Hawaii and other stops in the United States and abroad.

“If my country asked me to do it again, I would,” he said. 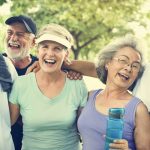 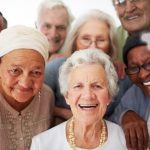 My Mother’s Keeper Assisted Living: A Place You Can Trust 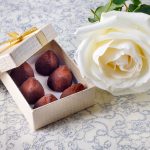 A Brief History of Mother’s and Father’s Day

Summer is here, and after nearly two years of huddling in our homes amid the pandemic, we’re eager to get outdoors to enjoy the many recreational opportunities afforded to us by the beloved … END_OF_DOCUMENT_TOKEN_TO_BE_REPLACED

It’s the second Sunday of May. From New York to Los Angeles, from the beaches to the hills, from the smallest towns to the biggest metropolises, everyone in the nation is abuzz doing the same thing. … END_OF_DOCUMENT_TOKEN_TO_BE_REPLACED

Coaches mean a lot to children as they grow up. These adults are often their first mentors and role models. That bond is even more unique when the coach also happens to be Mom or Dad. Four families in … END_OF_DOCUMENT_TOKEN_TO_BE_REPLACED

Historic Georgetown, South Carolina is the cozy town you didn’t know you were looking to find. Located about an hour north of Charleston, the historic port city at the heart of the Winyah Bay sits … END_OF_DOCUMENT_TOKEN_TO_BE_REPLACED