Most in Mount Pleasant would recognize Tom Crawford as the friendly face from Channel 4 news. He is rounding out nearly three decades on broadcast television as an award-winning meteorologist and news anchor and thriving in his current time spot on Lowcountry Live.

When he is not in front of the camera, Crawford wears another hat – that of a benefit auctioneer specialist. Over the past 10 years, working about 40 auctions per year, he’s gotten very good at what he does. With his expertise and charisma, Crawford is able to bring in over $10 million for not-for-profit organizations each year.

Crawford has worked with several East Cooper benefit auctions over the years, including those of East Cooper Community Outreach, East Cooper Meals on Wheels, Belle Hall Elementary and the American Red Cross, which now holds its galas in Mount Pleasant.

“Many Mount Pleasant residents frequent a number of my events, both being held East of the Cooper and other areas,” Crawford said.

He has worked events in Mount Pleasant locations such as the Yorktown at Patriots Point, Alhambra Hall, Memorial Waterfront Park and the Omar Shrine Temple.

Crawford was first inspired to pursue auctioneering nearly 10 years ago, after teaming up with a local auctioneer, Doug Warner, for a fundraising event at Trident Technical College. Crawford described the auction items, while Warner was the auctioneer. He continued to describe for Warner at several events, before deciding to pursue his own auctioneer license. The profession appealed to Crawford’s altruistic nature.

“It’s a great way to help many not-for-profits raise money that help out thousands in the local community,” Crawford said. 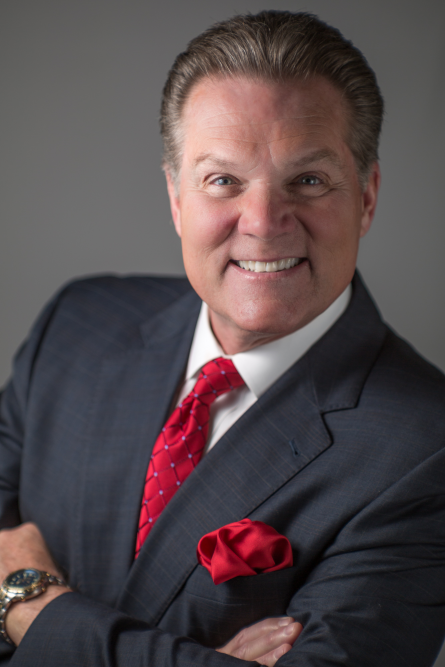 Of the 17,000 auctioneers in the United States, Crawford is one of only 250 designated as a benefit auctioneer specialist. What is the difference? To earn the title of benefit auctioneer specialist, Crawford completed extensive training and testing, first at the Southeastern School of Auctioneering and later at the Benefit Auctioneer Specialist School in Atlanta. He continues his education by attending numerous seminars to stay updated on the latest in benefit fundraising.

Crawford loves being in front of a crowd. After all, on Channel 4, thousands of people watch him every day. Not surprisingly, the requirements for working in television and as an auctioneer are similar. There is a specific personality type that works best for auctioneering. Crawford said they must be very outgoing: “I don’t know of any shy people in the business.” They also need to be good with numbers, able to adapt to last-minute changes and comfortable working closely with others.

Unlike regular auctioneers, Crawford is involved in the event from the beginning stages of planning. He sends his clients the latest tips for creating their gala and meets or conference calls with members of the organization a few times prior to the event to ensure they have an airtight plan, with no items left unaddressed.

“The timeline is very important and becomes a science, concerning when things are to happen during the evening,” he explained.

Everything from the order of the auction items to the quality of the audio and video needs to be perfect, according to Crawford, who added: “Doing it the right way can make a difference in thousands of dollars.”

Crawford shines on the night of the event. He makes sure he has someone with a great voice describing the auction items, while he works the crowd from the floor. He has an extraordinary ability to engage the audience and encourage bidding. He said every auction is memorable for both him and the organization holding the event. However, he added that by nature, a live auction is unpredictable.

“There was the James Beard fundraiser a couple of years ago. Darius Rucker was at the front table and had bid on an exclusive dinner package. I got another higher bid and was walking close to Darius, got on my knee, and sang ‘I only want to be with you for $12,000.’ He wasn’t the highest bidder, but it sure was fun singing to Darius,” Crawford remembered.

His clients are consistently impressed by Crawford’s performance at their fundraising events.

“It happens often that my point of contact gets rather emotionally happy at the end of the night because of how much money has been raised,” he said.

His attention to detail, professionalism and sense of humor are what makes such a meaningful experience. For Crawford, that is what it’s all about: “People in the audience get excited, and I love seeing people get excited about great causes.”

Owner JD Cooper Talks Shop, Shutters and Staying Power What led to your success? I am a native Charlestonian and have always loved the water. At age 15 I became a commercial fisherman. As our town … END_OF_DOCUMENT_TOKEN_TO_BE_REPLACED

When Pitt Street Pharmacy took root in the 1940s in what is now Old Village in Mount Pleasant, it was one of many such pharmacies across the U.S. Now, it’s not only a rare original find; its … END_OF_DOCUMENT_TOKEN_TO_BE_REPLACED

Every little girl dreams of her wedding day — the elegant wedding cake with dozens of layers, the perfect venue decorated with gorgeous flowers and, most importantly, the show-stopping wedding dress … END_OF_DOCUMENT_TOKEN_TO_BE_REPLACED