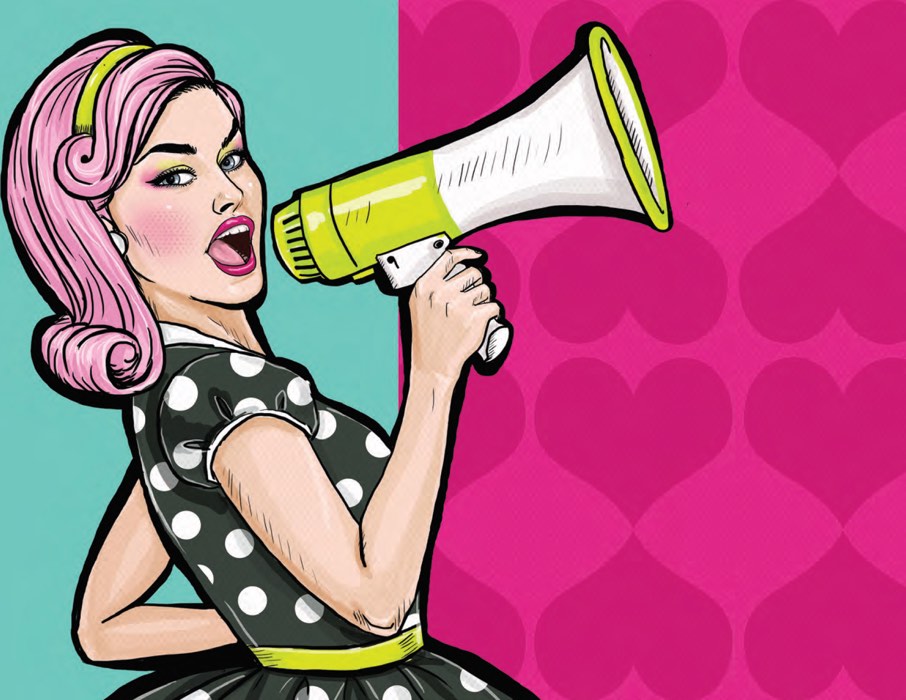 Marina Penna woke up the day after the presidential election last November and realized that she needed to do something. Like many women voters who viewed the negative rhetoric during the campaign as unsettling, coming to grips with the election results was challenging.

The youth leader at the Unitarian Church of Charleston said, “I woke up that morning, had a cry, composed myself, then started the group.”

The LowCountry Feminists group Penna founded on Facebook grew from 30 to 200 members only hours after it was created.

“The mission of this group is to support, empower and lead local women into the future,” Penna, 30, explained, adding that the number of women who have joined the group, which reached 1,400 only a month after the election, has surprised and inspired her.

Penna, who grew up outside of San Francisco, said, “This is important to me because I was raised in a very social-justice-oriented family. I feel that the only way to change the world is to start local.”

The mother of two girls, ages 8 and 3, moved to Charleston three years ago for her husband’s job as a nuclear mechanic and chemist for the U.S. Navy. She knows some people are scared of the word “feminist,” but it’s because they might not fully understand what it means.

“Feminist to me is a person who stands for equal rights for all,” she said.

“I joined LowCountry Feminists to connect with like-minded women in the area and to learn how to get involved to make a positive impact in our community,” she said.

What started as an outlet for local women to express themselves and offer solidarity after the historic election quickly evolved into a forum for information about taking action. Meetings were held across Charleston County, and members encouraged others to call the offices of elected officials – from U.S. Rep. Mark Sanford to U.S. Sen. Lindsey Graham – and add their names to the list of constituents who were concerned about steps being taken by the incoming Trump administration.

Nearly 40 women attended the first meeting at Elena Tuerk’s house downtown, within the first two weeks of the group’s inception.

“The amazing energy and backgrounds, women from all walks of life, and with a drive to do something and change something and make something more was fantastic,” said Penna.

Many LowCountry Feminist members plan on attending the Women’s March on Washington on Jan. 21, 2017. Local organizers have rented buses so women can travel together from South Carolina to the nation’s capital.

Amanda Taylor, who grew up in Mount Pleasant and is a member of LowCountry Feminists, is going to the march with her best friend.

“My 96-year-old grandmother, her two daughters and myself, her granddaughter, all voted for Hillary Rodham Clinton,” Taylor said. “I am marching on behalf of equality for all, especially my two daughters.”

The quote by Clinton on the group’s social media page reflects the sentiment among members to stand up for their beliefs and set an example for the next generation: “To all the little girls watching … never doubt that you are valuable and powerful and deserving of every chance and opportunity in the world.”

Mount Pleasant resident Lisa Dunlevy also plans to attend the march with her two daughters, ages 12 and 9. During the election campaign, her middle-school daughter’s Social Studies teacher asked that the students watch a portion of each debate.

“I was so horrified by all that she witnessed that I needed to let her know this is not acceptable,” Dunlevy said.

Another aspect of LowCountry Feminists includes serving as a platform to help more women get elected into positions across Charleston County and possibly statewide. This involves identifying potential races, finding women willing to run for office, connecting them with other organizations and offering support for the candidates.

As the LowCountry Feminist movement continues to grow, Penna hopes the group can continue to play a role building relationships and fostering progressive discussions that are all-inclusive.

“I’d love to see us in outreach programs within the community. I would like to see us being an instrument for change in our community,” she said. “But I really want to make sure that all voices are being heard.”

People are drawn to the Lowcountry in large part because of the beaches, the salt marshes, the moss-draped oaks, the cypress swamps — the stunning natural landscapes that inspire awe and support an … END_OF_DOCUMENT_TOKEN_TO_BE_REPLACED

Click, Listen, Watch & Learn. Doug Holmes, "The Stats Guy" crunches and studies statistics in many fashions including the MLS in Charleston talks with host and publisher Bill Macchio about the … END_OF_DOCUMENT_TOKEN_TO_BE_REPLACED

John Powell, CEO and President of the Southeastern Wildlife Exposition (SEWE) talks with host Brian Cleary about the expo's art show featuring local and regional artists, and Powell talks about other … END_OF_DOCUMENT_TOKEN_TO_BE_REPLACED