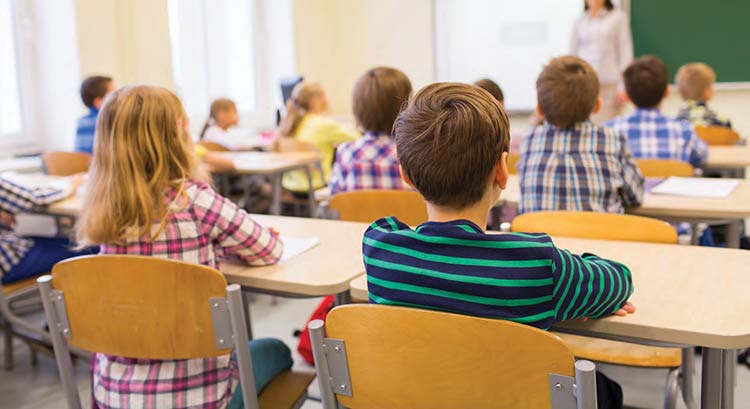 Kate Darby wants to give every student in the Charleston County School District the opportunity to excel in the classroom and succeed in life. She would like the nine members of the CCSD School Board to work as a team, to row in the same direction in an effort to prepare the more than 50,000 kids in the system to thrive in the ever-changing world of the 21st century. 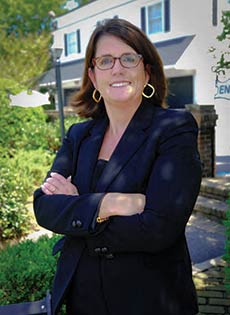 Most of all, Darby would like to make a difference. The Mount Pleasant resident has a golden opportunity to do so as the recently-elected chair of the School Board. She was elevated to the position by her fellow trustees in November, and, though she was elected for just one year, it’s traditional for board chairs to serve for at least twice that long.

Darby was elected to the board in November 2014, shortly after the previous board’s highly-publicized efforts to force longtime Superintendent Nancy McGinley to resign. The new board’s most pressing responsibilities were to find a new leader for the district and to blur the media’s focus on the constant squabbling among its members. Darby is confident that progress has been made on both fronts.

Gerrita Postlewait, “a fantastic leader,” according to Darby, took over as superintendent in July 2015, and these days, petty arguments among school board members rarely make it to the front page of the local daily newspaper.

“The board has made progress in the past two years,” Darby commented, adding that trustees have given the superintendent more autonomy than in the past.

However, they also demand more accountability from Postlewait. For instance, in the past, hiring a principal to lead one of the district’s 86 schools was a somewhat complicated and drawn-out process that started with a committee consisting of teachers, parents, constituent board members and representatives of the School Improvement Council interviewing the applicants. The committee would then recommend three people to the superintendent, who would have to choose from among them and then ask the School Board for approval to hire that person.

In an effort to streamline the process and put more of the hiring responsibility on Postlewait’s shoulders, the superintendent can now interview candidates other than those recommended by the committee, and she doesn’t need the board’s approval to hire the person she thinks is best for the job.

“Some people say that the board has given up its authority, but I disagree,” Darby said. “Whoever makes the hiring decision is accountable. The superintendent is accountable. We don’t need to micromanage the day-to-day operations of the schools.”

Darby pointed out that additional progress has been made concerning the way the School Board goes about its business. In the past, each member served on one or two committees but knew little about the work being carried out by the other committees. Now, all members of the board serve on the Strategic Education, Policy and Personnel, and Operations and Transportation committees. The Audit and Finance Committee consists of two board members and four representatives from the Charleston-area community.

Under Darby’s leadership, the board is streamlining its policies and eliminating those that don’t really apply to the board. Trustees shouldn’t be dealing with issues that affect the classroom, Darby said.

“The board shouldn’t be making decisions about homework, and the board shouldn’t deal with dress codes or exam-exemption policies,” she pointed out. “Ninety-nine percent of our focus should be on student achievement.”

Darby said the board is streamlining its policies “one chunk at a time,” adding that the job should be completed sometime in 2017.

Meanwhile, she also is confident that the board made the right decision when it chose the school district’s new superintendent in 2015, and she cited one example of why she feels that way. Postlewait has created what Darby described as a school dashboard, a three-page printout sent to board members twice a year that tells them how students in each school are doing academically. Starting this year, teachers and principals will have access to a dashboard for each student.

The board is streamlining its policies, and the superintendent is doing the same. Darby pointed out that the system used to have several different programs in place at some schools but not at others. That is going to change as well.

“The superintendent is analyzing what is working and what isn’t,” she said. “If a program is not working, we need to get rid of it. If it is working, we should keep it.”

Darby cited another change that will take place during her tenure as board chair. For the first time, the Charleston County School Board will have a legislative agenda, and she expects to visit the state Capitol in Columbia during the legislative session to push three major issues:

Darby, who chaired the School Improvement Council at Mount Pleasant Academy, Moultrie Middle School and Wando High School and served as president of the PTA at MPA before running for a spot on the school board in 2014, pointed out that the school district has a strong relationship with the town of Mount Pleasant. She said three new schools are in the works East of the Cooper: Carolina Park Elementary School will open in August 2017; Lucy Beckham High School, at the site of the old Wando High School, is expected to be operational in 2020; and the district has purchased property in Awendaw that probably will be the home of the Mount Pleasant area’s third high school.

Chris Staubes, another Mount Pleasant resident who was elected to the School Board along with Darby in 2014, is confident that she will succeed in her new position as chair.

“I’ve known Kate since the late 1990s,” Staubes stated. “She brings a passion and focus to any task she puts her mind to. I am extremely optimistic about the future of the Charleston County School District.”

And Darby is confident that the school board will continue to make progress toward its most important goal.

“I want the board to see an impact on student achievement,” she said. “I want to be able to say, for example, that the kids at Burns Elementary School are getting the education they need and the preparation they need. Every child should have the same opportunity to learn and grow.”

Rebecca Imholz, Director of the Mount Pleasant Chamber of Commerce talks with host Brian Cleary about the 2nd Annual Dine Where You Live Campaign which is a proactive reaction by Mount Pleasant to … END_OF_DOCUMENT_TOKEN_TO_BE_REPLACED

For many of us, April 18 represents a looming and ominous deadline — Tax Day. Be it dread of the unknown, anxiety over how to navigate a complicated process, panic about penalties or stress about the … END_OF_DOCUMENT_TOKEN_TO_BE_REPLACED

Retiring from the fourth largest municipality in .the state of South Carolina after nearly 24 years of heading the Town of Mount Pleasant’s communications office is a momentous occasion for me. … END_OF_DOCUMENT_TOKEN_TO_BE_REPLACED