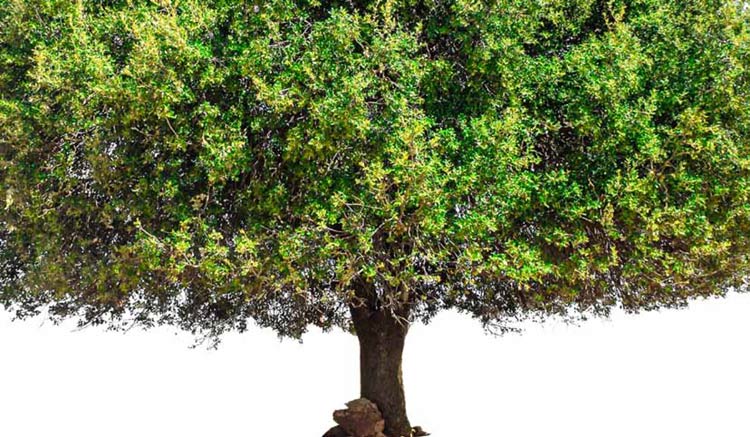 Family. If you look in the dictionary, you’ll find that it reads, “a basic social unit consisting of parents and their children.” But take a closer look, because that’s not all. Just a few lines down, you’ll notice another definition that suggests a family can be made up of any group of adults, be it grandparents, aunts or uncles that care for the children in a home. To us, that feels more like the families we know throughout the world today. 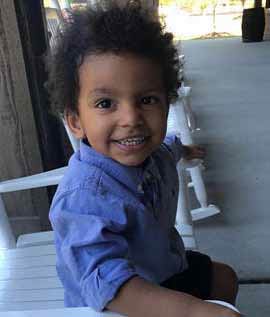 It’s important to remember that families come in all shapes and sizes, with grandparents raising their grandchildren, an aunt stepping in to care for her nieces and nephews and more. Roles are no longer defined by simply their names, and, often, people are stepping outside of those roles to embrace the ultimate responsibility of raising children.

Throughout the Lowcountry, family members have stepped up to the plate when necessary, whether that means putting their own dreams or passions on hold or simply learning what life looks like with more people in their home.

Brandi Tatum Floyd, a resident of Mount Pleasant, intimately understands what it means to take on the role of caregiver for a number of reasons. After her son passed away unexpectedly two years ago, Brandi took in her granddaughter, now 7, to raise her as her own. Around the same time, Floyd’s daughter needed help caring for her own son while working – and again Brandi stepped in. Now, with her 3-year-old grandson by her side most days, Floyd takes every day as a blessing, believing that her faith in God will help her get through any difficult situation that comes their way. 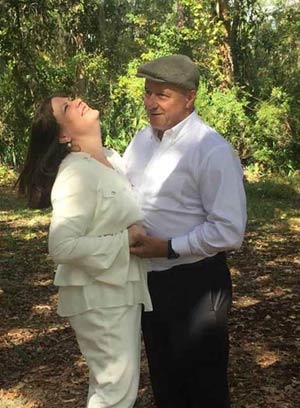 Another Mount Pleasant local explained her situation as a “blessing in disguise” after she took on the role of caring for her nephews after her sister fell into some trouble in her younger years. While she would prefer to be kept anonymous, she did want others to know that “families are whatever you make them to be. It doesn’t have to be two parents and a child; it can mean anyone that loves one another enough to step in and do the hard work.”

Of course, she admitted that there’s a lot of fun in raising two little boys, and, while the circumstances are unfortunate, she has no regrets whatsoever.

“My sister needed help and is now getting it, but, in the meantime, I am raising these two little guys to be the best they can be. It’s not always easy balancing everything, and I’m definitely still learning the ropes of being a 24/7 parent, but we work hard together to make this our new normal and we’re getting the hang of it,” she said.

There’s no denying that in many cases, blended families are the result of an unfortunate event that somehow caused someone to jump into action, ready or not. However, there are other situations, such as what happened with Michael Sigalas and his family, that show that families can also come together merely for the sake of love. 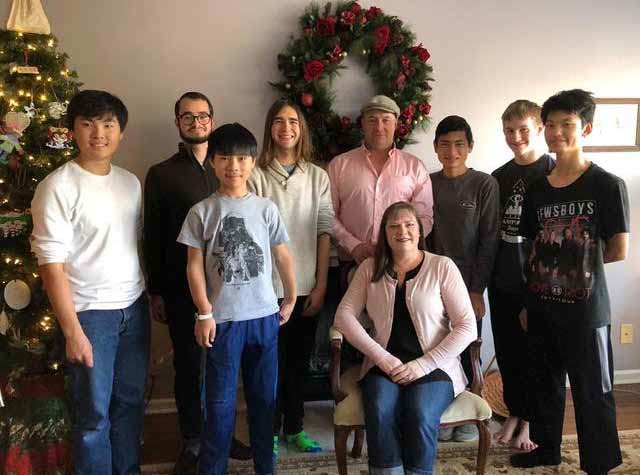 The Sigalas family now includes seven boys. Michael, already a father to two sons, met Angie after her husband died. She brought her five sons – one biological and four adopted from China – into the family. Now with seven young men ranging in age from 13 to 20, and five of them living with them full-time, it’s safe to say that the Sigalas household is overflowing with plenty of energy and love.

While Michael jokes about never having to worry about the toilet seat being up, he takes this new opportunity incredibly seriously, saying “one of the greatest things about kids is that they tend to open our own eyes to things that perhaps we no longer see with childlike wonder. Getting to re-experience some of life’s joys with a new set of adventurers has been fun, whether it’s taking them to a favorite historic site or introducing them to their new Aunt Mary. Providing new enriching experiences for them and seeing them afresh through their eyes is great!”

So let’s talk about the word “family” again. While the quintessential American family is typically portrayed as a mother and father happily raising a son and daughter somewhere in suburbia, I think we can all agree that there’s so much more to it than that these days. Whether it’s grandparents raising their children’s children, nieces and nephews going to live with their aunts or uncles or simply a family coming together through adoption, loss and new beginnings, the word “family” isn’t defined by the people who make it up but instead by the love that brings them together.

Owner JD Cooper Talks Shop, Shutters and Staying Power What led to your success? I am a native Charlestonian and have always loved the water. At age 15 I became a commercial fisherman. As our town … END_OF_DOCUMENT_TOKEN_TO_BE_REPLACED

When Pitt Street Pharmacy took root in the 1940s in what is now Old Village in Mount Pleasant, it was one of many such pharmacies across the U.S. Now, it’s not only a rare original find; its … END_OF_DOCUMENT_TOKEN_TO_BE_REPLACED

Every little girl dreams of her wedding day — the elegant wedding cake with dozens of layers, the perfect venue decorated with gorgeous flowers and, most importantly, the show-stopping wedding dress … END_OF_DOCUMENT_TOKEN_TO_BE_REPLACED