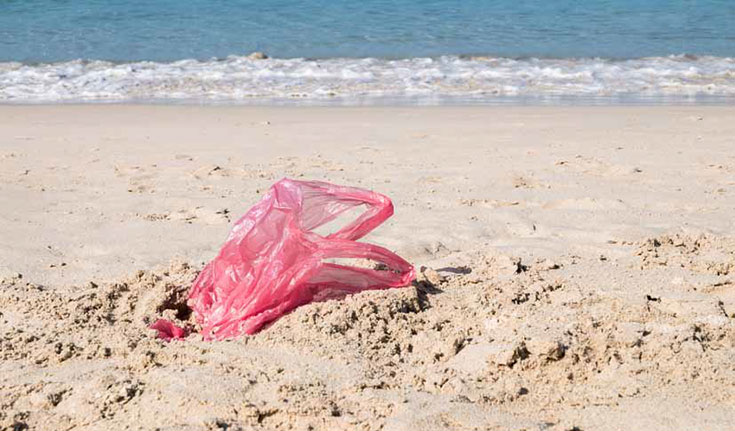 The Mount Pleasant Town Council has passed a law banning several plastic products used for the most part by grocery stores and restaurants, but, by the time the Environmentally Acceptable Packaging and Products Ordinance goes into effect in April 2019, it might look different than it did in April 2018.

The fate of the ordinance, passed on second reading with a single dissenting vote at the Council’s April 10 meeting, could be decided in Columbia, where the State House has already passed a measure that would prohibit municipalities from banning plastic bags. By mid-April, the legislation had already been approved by the Senate Labor, Commerce and Industry Committee.

Under the law, municipalities with plastic bans in place by Jan. 31, 2018, were allowed to keep them. That provision of the legislation obviously won’t help Mount Pleasant, but Councilman Jim Owens, who brought the local ordinance to the town’s governing body, said he hoped state lawmakers would extend that date beyond the end of January.

The Mount Pleasant ordinance bans single-use plastic bags; plastic foam cups, containers and clamshells; plastic straws; and other items. After a written warning, businesses that didn’t comply with the law would be subject to fines of up to $200, $350 and $500 for the next three violations. After that, they could lose their business license.

Council members agreed that they would tweak the law and make it easier to understand long before it goes into effect.

“We need to clean it up sooner rather than later so everyone has as much lead time as possible and so everyone knows what it says,” Mayor Will Haynie commented. “I think we can do it in 30 to 60 days if we put our nose to the grindstone.”

Kathy Landing was the only Council member voting against the ban, pointing out that she preferred a voluntary plan. She also said that the ordinance contains confusing language and that “there’s a lot of things to be asking businesses and consumers to get used to at one time.” She said the law is “too sweeping, disorganized, poorly written and wasn’t introduced to the business community properly.”

At the April 10 meeting, Landing presented her own voluntary plan, Mount Pleasant Ecofriendly Partners, which would have provided incentives for businesses to stop using plastics and instead turn to products that are friendlier to the environment. Businesses also would have had the opportunity to partner with the town by helping to clean up marshes, creeks, roads and highways and establishing recycling facilities and composting areas.

“If we care about the environment, why are we going to wait a whole year?” Landing asked. “If you’re doing something, why not do it right away?”

“If we could show how this can be done through grassroots efforts, we could become a model for how this could work throughout the country,” she added.

Owens later took issue with Landing’s contention that local businesses were not informed about his proposal. He said he has met with representatives of several companies who are looking forward to the law going into effect in 2019.

“This was the most well-vetted legislation to come out of Mount Pleasant in recent history,” he said. “It was discussed at five committee meetings and three Council meetings.”

“But Kathy had good intentions. She loves this town and wants what’s best for it,” he added.

Owens said he has been working on the ordinance for three years, since he ran for the Council for the first time in 2015. He said he discussed his plan with local businesses and asked them what kind of time frame they needed to use up their current inventory of plastic products, and he pointed out that some of them already had a process in place when the issue first was presented to the Council at its February meeting.

Owens and Haynie agreed that the ordinance was necessary to reduce the amount of plastic that has been ending up in the area’s marshes and waterways.

“Research I have seen indicates that voluntary plans do not have the desired effect to protect your natural resources,” the mayor said. “The main thing is that people know that Styrofoam and single-use plastic bags are not good for the environment of the marshes that surround the town of Mount Pleasant on three sides.”

The March and April Council meetings were well attended, and a large number of local residents voiced their opinion, mostly in favor of the ordinance. Among them was Lia Colabello, who owns Plastic Pollution Solutions, a company that helps organizations reduce their plastic footprint by educating and communicating with employees and business partners. She pointed out that 380 million metric tons of plastic are being produced annually, a number that is expected to double in 20 years.

Colabello said plastic products are easily replaceable. For example, straws can be made of paper or reusable metal; paper boxes can be used instead of plastic foam; and paper bags, reusable bags and cardboard can take the place of plastic bags.

“Plastic is an amazing material. The question is: How are we using it?” she said. “We’re not using that resource properly. It all comes back to humans being affected by plastics. Will policymakers see that and how will they prioritize? That’s the question.”

Several products are exempt from the provisions of the ordinance, including surfboards, boats, life preservers and craft supplies that are encased in a more durable material and coolers “not principally composed of polystyrene/plastic foam.” Some construction products are OK, as are dry cleaning bags and bags used for door hangers, garbage, newspapers and pet waste. Bags provided by physicians, dentists, pharmacists or veterinarians for prescription drugs and other medical necessities also are acceptable, as is plastic used to wrap frozen foods, meat, fish, flowers, potted plants, bakery goods or meat trays.

In addition, the Council’s Public Services Committee may grant a business an exemption of up to one year if the ordinance “would create an undue hardship or practical difficulty not generally applicable to other persons in similar circumstances.”

“We’re not trying to hurt local businesses,” Owens stated. “We don’t know what they have in place and what they can do or can’t do. We owe it to businesses to give them every opportunity to get on board with this ordinance.”

“I believe my generation is accountable for the amount of plastic in our environment. We should take the responsibility to clean it up. We owe that to our children and our grandchildren,” Owens concluded.

Click, Listen, Watch & Learn. Doug Holmes, "The Stats Guy" crunches and studies statistics in many fashions including the MLS in Charleston talks with host and publisher Bill Macchio about the 2022 … END_OF_DOCUMENT_TOKEN_TO_BE_REPLACED

John Powell, CEO and President of the Southeastern Wildlife Exposition (SEWE) talks with host Brian Cleary about the expo's art show featuring local and regional artists, and Powell talks about other … END_OF_DOCUMENT_TOKEN_TO_BE_REPLACED

I’m sure you’ve heard the saying, “a picture is worth a thousand words” or “it takes a village.” Both of these popular expressions apply to the journey I recently embarked on, which culminated on … END_OF_DOCUMENT_TOKEN_TO_BE_REPLACED