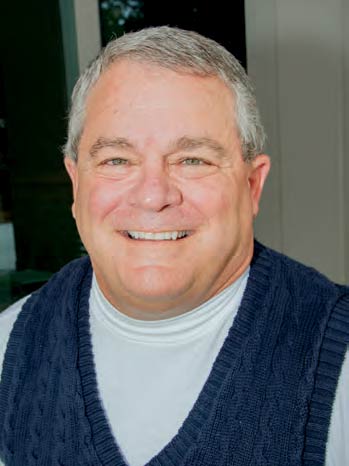 It wasn’t all that long ago that Gary Santos was the Mount Pleasant Council’s voice in the wilderness, railing against what he considered to be unbridled growth in his hometown and regularly casting the solitary vote for or against this issue or that.

Elections in 2015 and 2017 changed everything, as voters swept into office candidates with at least tacit support from Save Shem Creek, an organization dedicated to controlling the town’s growth. Santos, a councilman from 1996 until 2009 and again starting in 2013, was the only incumbent returned to office in either of the last two elections. He pointed out that though he has never been a member of Save Shem Creek, his ideas generally sync with those of the organization. In the past, he’s voted to control growth, decrease density and lower the maximum height of buildings in the town.

Santos said he looks forward to working with the newly-constituted Council.

“There’s new people with fresh ideas,” he said. “It’s a good group. I don’t see Council members taking sides. Everyone works for the benefit of the town. We might disagree, but we still work together. We’ll get a lot of work done as a team.”

Santos said he expects the Council to continue to do its best to slow the growth of Mount Pleasant “so our infrastructure can catch up.”

“Nobody likes sitting in traffic or having their kids going to school in trailers,” he commented.

“We’re moving forward on all fronts,” he added, pointing out that plans for a variety of projects are in various stages, from improvements at the intersection of Joe Rouse Road and Highway 41 to the completion of Billy Swails Boulevard, the extension of Long Point Road to Rifle Range and drainage work on Coleman Boulevard.

The lifelong Mount Pleasant resident said the town can’t tell people what to do with their land as long as they adhere to the municipality’s zoning ordinances, but he added that “There are other tools in the toolbox.” They include limiting the number of building permits that can be issued, which he said would cut down on the number of large developments in Mount Pleasant.

Santos, who has been appointed by Mayor Will Haynie to chair the Recreation Committee, has spent a lifetime coaching on a volunteer basis, initially with the powder puff football team at Bishop England High School. He started coaching with the Mount Pleasant Recreation Department in 1977.

“My goal was to train and coach kids, to teach them the game and about physical fitness. If you learn that, it will make you a better person. I see many of those kids now and they still call me coach,” he said. “That’s my goal in life. To watch them grow and be successful. That’s my payback.”

Santos, who worked in the hotel industry and then on the waterfront after graduating from high school, didn’t earn his college degree until 2006, in part because of his mantra of leading by example. He was able to convince his children about the importance of a college degree by agreeing to attend Trident Tech and earn his own degree in Business Management. Today, his daughter is a Clemson graduate and an industrial engineer and his son is majoring in Finance and Accounting at the College of Charleston.

And what is it that inspires Mount Pleasant’s longest-serving councilman to continue serving?

“I love working for my community,” he explained

Summer is here, and after nearly two years of huddling in our homes amid the pandemic, we’re eager to get outdoors to enjoy the many recreational opportunities afforded to us by the beloved … END_OF_DOCUMENT_TOKEN_TO_BE_REPLACED

It’s the second Sunday of May. From New York to Los Angeles, from the beaches to the hills, from the smallest towns to the biggest metropolises, everyone in the nation is abuzz doing the same thing. … END_OF_DOCUMENT_TOKEN_TO_BE_REPLACED

Coaches mean a lot to children as they grow up. These adults are often their first mentors and role models. That bond is even more unique when the coach also happens to be Mom or Dad. Four families in … END_OF_DOCUMENT_TOKEN_TO_BE_REPLACED

Historic Georgetown, South Carolina is the cozy town you didn’t know you were looking to find. Located about an hour north of Charleston, the historic port city at the heart of the Winyah Bay sits … END_OF_DOCUMENT_TOKEN_TO_BE_REPLACED