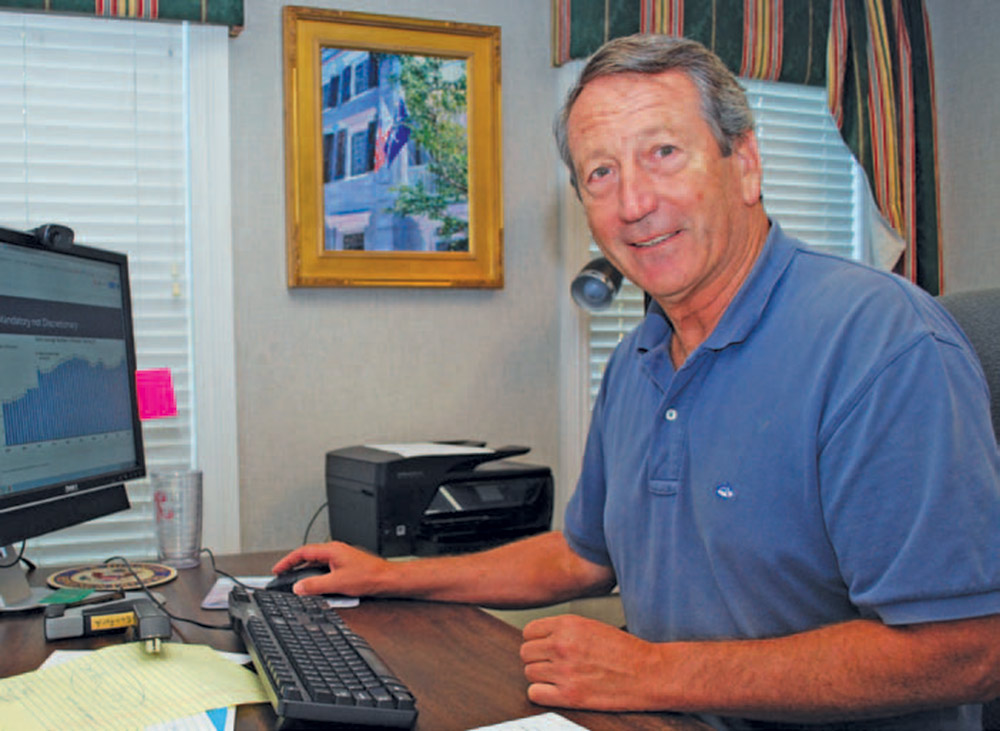 Marshall Clement Sanford Jr. never lost an election until June 2018, when he was unseated in the 1st District Republican primary by State Rep. Katie Arrington, a staunch supporter of President Donald Trump.

In his own words, Mark Sanford, as he is known to the people he represented as governor of South Carolina and during two separate stints in the U.S. House, “I wasn’t Trump enough in the age of Trump.”

Politically speaking, in the end, Sanford said his greatest strength turned out to be his most glaring weakness. Though he agreed with the president on most issues, Sanford spoke out against drilling for oil off the South Carolina coast and on the tariffs established by Trump. That might have been enough to turn the tide against the congressman who represented the people of the 1st District in Congress from 1995 to 2001 and again beginning in 2013.

“Calling an ace an ace in the age of Trump is a political liability,” said Sanford, who will leave office in January 2019. “If you don’t tell the truth, that’s a problem in a trust-based political system. The president came out against me, not because of ideas but because I would disagree publicly with certain things he’s said or done.”

Sanford said the president’s election-day tweet supporting his primary opponent might have hurt him, but he said an even bigger issue may have cost him the opportunity to face Democrat Joe Cunningham in the general election.

“I would be in the district and people would ask me if I was for or against Trump. It’s not about ideas; it’s about Trump. For the majority of the voters, that’s the operative question. It’s never been about allegiance to a person before. It’s always been about ideals, principles and the Constitution.”

“The ability to agree to disagree is the American way,” he added. “Our political system is based on back and forth, debate and occasional consent.”

On the issue of drilling, Sanford said he sided with his constituents rather than against the Trump administration. Officials of towns all along the coast have voiced their displeasure with the possibility that oil rigs might someday cast a shadow on the state’s pristine shoreline.

“It’s all about the people having a voice,” Sanford said. “What am I supposed to do? Tell people they don’t know what they’re talking about and that the Trump administration knows best?”

By the same token, Sanford disagreed with the president over free trade, pointing out that Trump’s tariffs will disproportionally hurt business and industry in South Carolina and the Charleston area.

“People in industry have told me we’re playing with fire,” Sanford said. “One company executive told me 25 percent of their sales are to Canada and that they’re not going to be able to hire more people because of the tariffs.”

“Is there something we don’t know? Throw it out there. If there’s no there there, it shuts down the speculation,” Sanford said.

As far as his own accomplishments during his last two terms in Congress, Sanford noted that he was instrumental in obtaining funding for the deepening of the port of Charleston and that, as always, he advocated for the taxpayer. In some cases, that meant taking an unpopular stand such as calling for cuts in the Social Security, Medicare and Medicaid programs. In his opinion, many of his fellow legislators have chosen to ignore the nation’s impending financial crisis and the U.S. debt and deficit.

“You can’t get to a balanced budget without cutting entitlements,” he commented. “We’re dealing with entitlements, and everyone is in denial. The markets will crash again. That storm is coming. There’s an incredible financial storm coming our way. If you have a 401(k) or a pension plan, it will impact you.”

Despite his disagreements with Trump, Sanford is optimistic about the future of the Republican Party. He doesn’t think the Democrats will take back the House or the Senate in November – “The strength of the economy is one reason the Republicans will win” – and though he hasn’t decided whether he will throw his support behind Arrington in the general election, he’s confident she will defeat Cunningham.

“It’s a Republican district at the end of the day,” he remarked. “And the Republican Party was around a long time before Trump. This is just a blip on the radar screen. Frustrations with Washington reached a boiling-over point, and people wanted someone who would push back. The problem with Trump is he has taken the hopes and dreams for the breakup of political powers to be about him. It’s all about him.”

Sanford will be leaving office in January, but he hasn’t stopped working for the people of the 1st District. He’s spending some of his time trying to bring plans for a 400-acre waterfront park on Daniel Island to fruition, a project that will continue to demand his attention even after he exits Washington.

“The look and feel of South Carolina is part of our competitive edge,” Sanford said. “The great cities of the world all have large parks. This could make a profound difference in the livability of the Charleston metro area.”

Will the 58-year-old Sanford be returning to the political arena any time soon?

“I wouldn’t think so,” he pondered, without really ruling out the possibility that there could be another election campaign in his future.

Click, Listen, Watch & Learn. Doug Holmes, "The Stats Guy" crunches and studies statistics in many fashions including the MLS in Charleston talks with host and publisher Bill Macchio about the 2022 … END_OF_DOCUMENT_TOKEN_TO_BE_REPLACED

John Powell, CEO and President of the Southeastern Wildlife Exposition (SEWE) talks with host Brian Cleary about the expo's art show featuring local and regional artists, and Powell talks about other … END_OF_DOCUMENT_TOKEN_TO_BE_REPLACED

I’m sure you’ve heard the saying, “a picture is worth a thousand words” or “it takes a village.” Both of these popular expressions apply to the journey I recently embarked on, which culminated on … END_OF_DOCUMENT_TOKEN_TO_BE_REPLACED