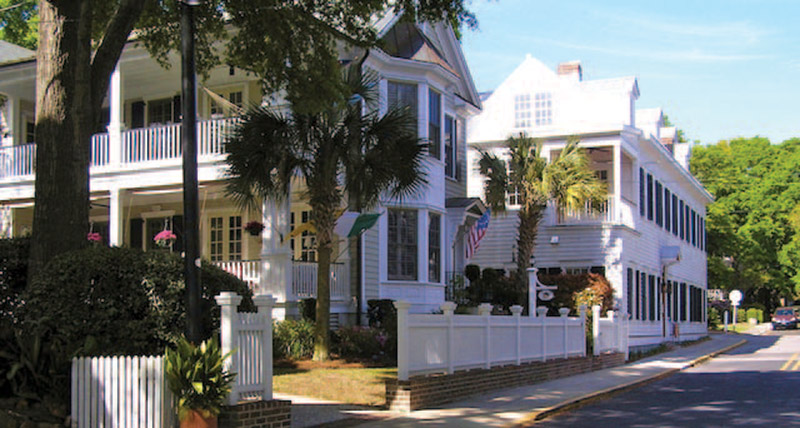 It’s one of those known truths in the Lowcountry that the Old Village in Mount Pleasant is one of the best places to live. Where else can someone capture so well that classical feeling of Mount Pleasant back when it was a tiny fishing village outside of the city of Charleston? While the entire Lowcountry grows by leaps and bounds – and the Old Village is experiencing its own renaissance as well – this iconic neighborhood retains a special something that makes families, retirees and everyone in between proud to call it home.

The town of Mount Pleasant website refers to the Old Village Historic District as an area encompassing about 37 blocks, anchored by the Hibben House, built in the 1700s and still standing. The local district is bounded by Shem Creek on the North, Whilden Street on the East, the Ben Sawyer Bridge and marshland to the South and the Charleston Harbor on the West. 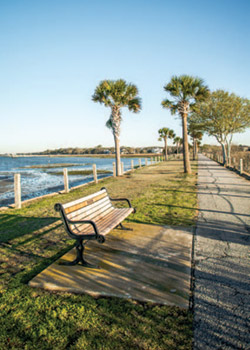 “I think we will always maintain the Old Village mystique,” remarked Suzie Smith, a Realtor who specializes in historic Mount Pleasant as well as a resident of the Village. “We’re park-like, surrounded by water and trees. It’s a laid-back feeling.”

Smith has been a neighbor of the Old Village off and on since the mid 1980s and affirmed that the community has retained much of its charm while progressing appropriately along with the rest of Mount Pleasant and greater Charleston.

“It does continue to revitalize and re-create itself,” she mused. “But it’s always been sought out for key reasons – proximity to the beaches and downtown Charleston, the tree-canopied streets and natural mature landscaping, as well as the absence of an HOA.”

Smith pointed out how many of the older homes in the Village have recently been updated and improved or torn down, making way for newer dwellings – homes that blend the benefits of new construction with the coastal appeal of the Lowcountry. She agreed that the Village is one of the “most urban places to live” in Mount Pleasant, with residents having the best of everything at their fingertips. In addition, business is booming on Coleman Boulevard, and biking or walking to your favorite restaurant, grocery store or even gym is easier than ever.

“We are doing a better job of taking advantage of our resources. I can walk or bike to two different grocery stores: Publix or Harris Teeter,” she remarked. “And right now, a Gold’s Gym is going across the street, as well as a new steakhouse called The Butcher and Boar. Bon Banh Mi recently opened on Ben Sawyer, and Cantina 76 opened next to the still-popular Red Drum.”

Meanwhile, the local population shows many of the businesses tucked away in the Village a lot of love; mainstays such as Old Village Post House, Pitt Street Pharmacy and others are mostly sustained by the neighborhood. And the unique amenities to the community keep friendly faces out and about.

“There are a lot of things that draw people here, such as the Pitt Street Bridge Park, Shem Creek and Alahambra Hall,” she said.

Interested in learning more about the Old Village lifestyle? Call Suzie Smith at 843-475-0511, email her at [email protected] or visit www.OldVillageMountPleasant.com.

Click, Listen, Watch & Learn. Doug Holmes, "The Stats Guy" crunches and studies statistics in many fashions including the MLS in Charleston talks with host and publisher Bill Macchio about the 2022 … END_OF_DOCUMENT_TOKEN_TO_BE_REPLACED

John Powell, CEO and President of the Southeastern Wildlife Exposition (SEWE) talks with host Brian Cleary about the expo's art show featuring local and regional artists, and Powell talks about other … END_OF_DOCUMENT_TOKEN_TO_BE_REPLACED

I’m sure you’ve heard the saying, “a picture is worth a thousand words” or “it takes a village.” Both of these popular expressions apply to the journey I recently embarked on, which culminated on … END_OF_DOCUMENT_TOKEN_TO_BE_REPLACED