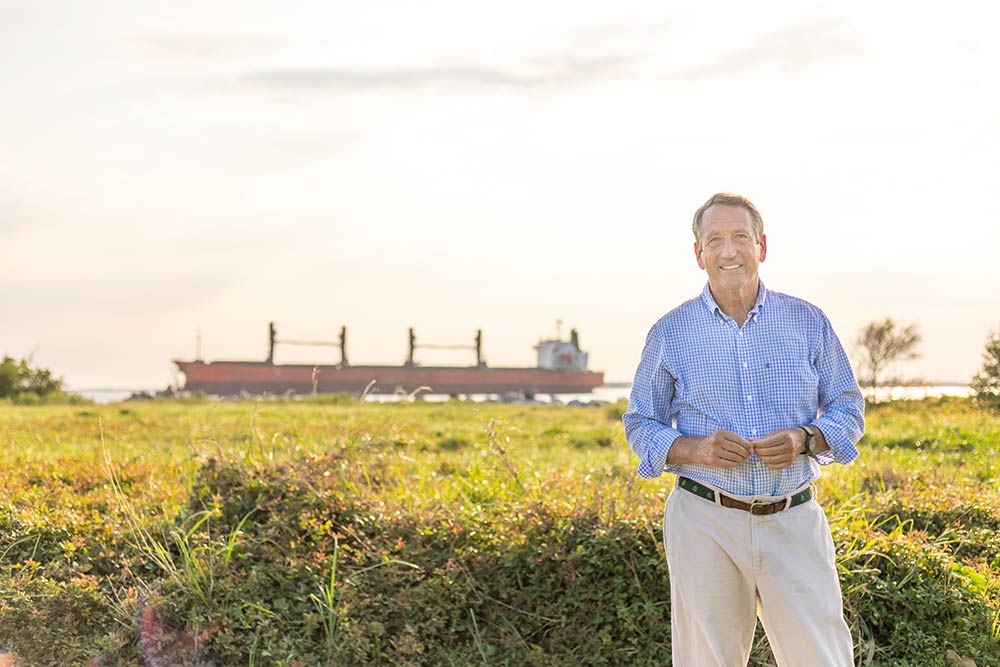 Mark Sanford has been a two-term governor of South Carolina, twice represented the state’s 1st District in the U.S. House for six consecutive years — 12 total — and taught politics at the University of Chicago for a semester. Now he’s running for the highest office in the land.

“I’m not delusional about my prospects,” said Sanford in mid-September, as he prepared to leave for campaign visits to New Hampshire and Iowa.

He’s well aware of the rarity of a sitting president losing in his party’s primary, and he knows Donald Trump remains popular among the voters who will choose the Republican nominee for president. And though he’s not hopeful about the possibility that he will be moving from Mount Pleasant to 1600 Pennsylvania Ave. in Washington, D.C., in January 2021, he is optimistic that his candidacy has the potential to have an effect on the national conversation about two of his favorite subjects: the national debt and the national deficit.

“Running for president gives you a microphone,” said Sanford. “Every challenger in a sitting president’s own party loses in the primary. However, in many cases, the losers are able to change the debate.”

A spotlight on government spending more than it takes in is exactly what Sanford seeks. A fiscal conservative throughout his political career, he likened the federal government’s spending habits to the storms that regularly threaten the Carolina coast and pointed out that candidates across the political spectrum are ignoring impending disaster. He said President Trump’s budget is 20% higher than that of his predecessor, Barack Obama, and that the Democratic candidates are turning a blind eye to the debt and deficit as well.

“I’ve watched a couple of Democratic Party debates. There’s no conversation on government spending. It’s a real mistake for that issue to be left off,” he said.

“We are facing a significant financial storm. We get ready for hurricanes, but people aren’t ready for this, and we’re all going to get hurt. Either we course correct or wait and let the financial markets do it for us,” Sanford added. “It’s going to hurt everyone, but the people who can least afford to lose their job, their savings or their retirement are going to be hurt more. We have to make a course correction, or we’re looking at extinction. We’re all going to have to tighten our belts.”

Sanford’s political aspirations aren’t receiving any help from his fellow Palmetto State Republicans. In early September, the South Carolina Republican Party Executive Committee chose not to hold a 2020 presidential primary, a move that might save money but will also “take away the voice from regular South Carolinians,” according to Sanford.

“It’s a mistake,” Sanford said. “The voters of South Carolina have enjoyed a disproportionate influence in the national debate, and that’s being taken away. South Carolina is well beyond its weight because of its first-in-the-South primary status.”

The most important reason to hold a presidential primary, however, is to give South Carolinians the opportunity to discuss and debate the issues that are most important to them.

“It’s giving up the conversation around the kitchen table, where folks get together and talk about things and say, ‘I like this,’ or ‘I don’t like that,’” Sanford said.

Sanford has other issues with Trump that go beyond government spending and the president’s support for the incumbent’s opponent in the District 1 Republican primary in 2018. Katie Arrington defeated Sanford but lost to Democrat Joe Cunningham in the general election.

For example, Sanford doesn’t think the tariffs imposed by the president are a good idea, he’s turned off by Trump’s tone and he isn’t a big fan of Trump’s middle-of-the-night tweets. And, though he isn’t sure how American politics got to a point where Democrats and Republicans choose vitriol over compromise, he thinks it’s a huge problem.

“The solution begins with listening to each other,” Sanford said. “Tone matters. There’s a lot of yelling and carrying on but not a lot of solving problems that are important to peoples’ lives. Let’s forge a solution that’s more than a tweet at 3 in the morning.”

Despite his differences with the leader of the party, Sanford insists that he will remain a Republican, citing the party’s “remarkable legacy,” from Abraham Lincoln to Dwight Eisenhower to Teddy Roosevelt to Ronald Reagan. He added, however, that changes are needed and that government is necessary but big government isn’t.

“If we want the party to survive, it will have to be based on more than personality,” he stated.

And, he added, the leaders of the United States of America will have to come up with a way to reduce the nation’s annual debt and ever-present deficit “to avoid the inevitable train wreck coming our way.”

People are drawn to the Lowcountry in large part because of the beaches, the salt marshes, the moss-draped oaks, the cypress swamps — the stunning natural landscapes that inspire awe and support an … END_OF_DOCUMENT_TOKEN_TO_BE_REPLACED

Click, Listen, Watch & Learn. Doug Holmes, "The Stats Guy" crunches and studies statistics in many fashions including the MLS in Charleston talks with host and publisher Bill Macchio about the … END_OF_DOCUMENT_TOKEN_TO_BE_REPLACED

John Powell, CEO and President of the Southeastern Wildlife Exposition (SEWE) talks with host Brian Cleary about the expo's art show featuring local and regional artists, and Powell talks about other … END_OF_DOCUMENT_TOKEN_TO_BE_REPLACED