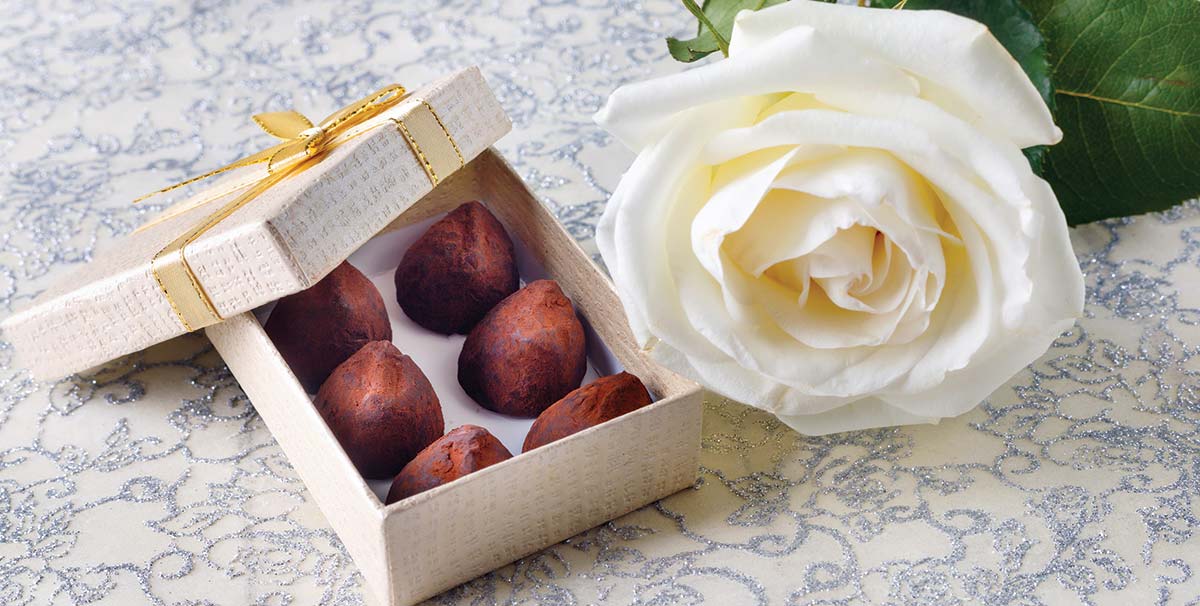 National Pancake Day, National Puppy Day, Wine Day, Margarita Day, Bacon Day — these days, there truly is a “day” for just about anything and anyone we love.

Sure, these days are fun and a reason to grab your favorite cocktail or an extra carb-y breakfast. But there are few of those tried-and-true, classic “national days” that steal hearts all over our country, no matter age or stage in life. (Yes, National Puppy Day is probably one of those.)

Mother’s Day and Father’s Day. Come May 12 and June 16, parent figures all over the world will be opening up cards from those who love them. After all, sons and daughters meander down drug-store card aisles debating between the sentimental versus the humorous until that perfect message is found: “Which one will best let mom know I’m thinking about her?” or “Which one lets dad know I appreciate him and that he’s the funniest person ever?”

We certainly are familiar with the more commercial aspect of Mother’s Day and Father’s Day — think gifts of flower deliveries, baseball tickets and the fancy “please-buy-me” displays at every store you walk in during the months of May and June.

What really started it all? Who thought of the novel idea to celebrate parental figures in our lives? Because these are two holidays that have really kept to their meaning, grown with the times and keep captivating hearts young and old.

Digging into the material National Geographic gathered on the topic of the history of Mother’s Day in Brian Handwerk’s article titled “7 Things You Don’t Know About Mother’s Day’s Dark History:” “For anti-war activists … Mother’s Day was a way to promote global unity after the horrors of the American Civil War and Europe’s Franco- Prussian War.”

Among these activists was Julia Ward Howe, who was known for writing “The Battle Hymn of the Republic,” and promoting a Mothers’ Peace Day 1872. This Mothers’ Peace Day entailed a once-a-year gathering where women would congregate in parlors, churches or social halls to listen to sermons, present essays, sing hymns or pray if they wished, simply to promote peace.

In 1904, Notre Dame’s former football coach and faculty member Frank Hering took his approach to Mother’s Day by urging an Indianapolis gathering of the Fraternal Order of Eagles to support “setting aside of one day in the year as a nationwide memorial to the memory of mothers and motherhood.” While there was no specific day for this observation, his declaration was one step closer to today’s holiday in that he noted a preference for it being on a Sunday.

The year 1908 was the mother of Mother’s Day. Anna Jarvis drove home the meaning of what we know the special day to hold today by organizing the first Mother’s Day observances: where children honor their mothers, a fact backed by National Geographic. The magazine stated, “It wasn’t to celebrate all mothers. It was to celebrate the best mother you’ve ever known — your mother — as a son or a daughter. That’s why Jarvis stressed the singular ‘Mother’s Day,’ rather than the plural ‘Mothers’ Day.’”

And soon after, in 1914, U.S. President Woodrow Wilson officially set aside the second Sunday in May as the official Mother’s Day.

The state of Washington celebrated it first official Father’s Day on June 19, 1910. Over the years, the celebration spread from state to state, and, finally, in 1972, President Nixon signed it into law. He stated it had “long been our national custom to observe each year one special Sunday in honor of America’s fathers,” and presidents had been making public statements in support of Father’s Day since the early 1900s.

According to a Time magazine article titled “How the ‘60s and ‘70s Helped Make Father’s Day a National Holiday,” the role of the American father began to change from a parental figure who not just supported the children financially, but emotionally as well.

There was a need to celebrate the male figures in the household in some of the most trying times in history, as Time explained, “For example, during the Great Depression, some saw Father’s Day as a way to boost the self-esteem of men who’d lost their jobs or had their wages cut — to show these dads they could still be there for their kids as a companion and male role model.”

So while Father’s Day did start with an official day declared by President Nixon, this “New Fatherhood” movement developed in the early 20th century indeed influenced the way future generations would come to view and celebrate their fathers.

For many of us, April 18 represents a looming and ominous deadline — Tax Day. Be it dread of the unknown, anxiety over how to navigate a complicated process, panic about penalties or stress about the … END_OF_DOCUMENT_TOKEN_TO_BE_REPLACED

Retiring from the fourth largest municipality in .the state of South Carolina after nearly 24 years of heading the Town of Mount Pleasant’s communications office is a momentous occasion for me. … END_OF_DOCUMENT_TOKEN_TO_BE_REPLACED

Perhaps you’ve noticed it as you’ve turned off Highway 17 onto Mathis Ferry Road, just past the first traffic circle. More likely than not, you haven’t paid it much attention. But that’s about to … END_OF_DOCUMENT_TOKEN_TO_BE_REPLACED