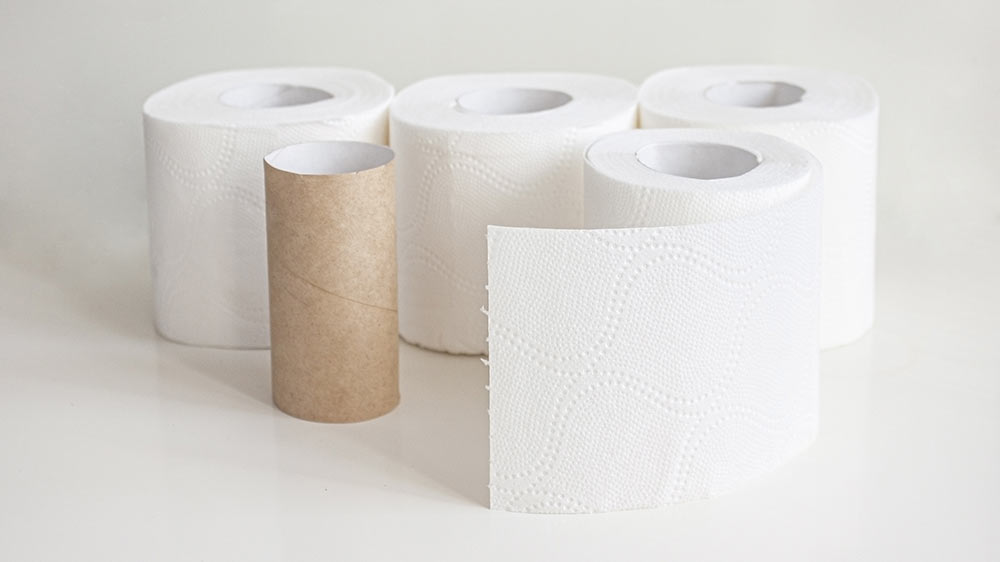 “You might be a redneck if your toilet paper has page numbers on it.” — Jeff Foxworthy

Have you gloved-up, slipped on your respirator mask and braved a world swirling with virus to hunt for household essentials lately?

Odds are, you quick-stepped past the bakery treats, fresh produce and even the meat section to head straight for the paper goods aisle.

Does your heart beat faster in the presence of paper plates and bowls? Or were you stalking the most elusive prey of all—toilet paper—only to find a dearth of doodie-dabbers?

You’re not alone. Folks like me with the foresight, and the space in the garage, stocked up on multiple 12 packs of TP long ago. Now we’re sitting pretty, literally. Everyone else is rationing the squares of precious paper available for each family member’s daily visits.

Is this terrifying wiper wasteland unprecedented? Not at all. Just climb into the way-back machine and take a trip to 1973.

Gasoline was rationed. So was meat. Shortages were common in “stagflation” America.

Then a Congressman—from a paper-producing district—wondered out loud about constituents’ ability to meet the nation’s need for paper products, especially toilet paper.

No one paid much attention until late-night TV legend Johnny Carson picked up on this “news” and wove it into his nightly monologue as a gag.

Millions of viewers didn’t get the joke. When stores’ doors opened the next morning, shoppers made a mad dash to snatch up their toilet paper share and more.

The TP sector became a no-man’s land. Late-comers were just “sh** out of luck”!

Suddenly there was a toilet paper shortage, where the day before stores boasted a feast of flocked rolls to please the most particular patrons. No internet existed to turn to then; there was no relief in sight.

Meanwhile, from the loggers downing mighty timbers to the drivers delivering their loads to the retailers, the industry churned out plenty of toilet paper. But the moment it hit the shelves, it was gone.

Why? Hoarding. Fear of running out caused consumers to load their carts with way more than they could use in a month of Sundays. Little old ladies were shoved aside as grown men wrestled for the remaining rolls.

And, in a few weeks it was over. There was no toilet paper shortage after all. The shelves were filled to overflowing again and the republic was saved.

If all that sounds familiar, it’s because it is. Now it’s 2020 not 1973, and Johnny Carson is long gone. But we’re still hoarding.

We’ll be back to normal on the TP front soon. In the meantime, try to remember when toilet paper was really an urban indulgence.

In rural homes, where outhouses were the norm, a tattered issue of the Sears & Roebuck catalog could frequently be found hanging on a bent nail next to the facility.

Sears is out of the catalog business these days, but we all get plenty of other printed materials in the mail.

Take one into the throne room the next time you make a call. You might find some bargains, and not even mind not “squeezing the Charmin.”

Me, I’ll just push past all the rest of the piles of paper in the garage to tap into my toilet tissue treasure trove.

I believed Johnny Carson, and I’ve still got a ton of the stuff.

Rebecca Imholz, Director of the Mount Pleasant Chamber of Commerce talks with host Brian Cleary about the 2nd Annual Dine Where You Live Campaign which is a proactive reaction by Mount Pleasant to … END_OF_DOCUMENT_TOKEN_TO_BE_REPLACED

For many of us, April 18 represents a looming and ominous deadline — Tax Day. Be it dread of the unknown, anxiety over how to navigate a complicated process, panic about penalties or stress about the … END_OF_DOCUMENT_TOKEN_TO_BE_REPLACED

Retiring from the fourth largest municipality in .the state of South Carolina after nearly 24 years of heading the Town of Mount Pleasant’s communications office is a momentous occasion for me. … END_OF_DOCUMENT_TOKEN_TO_BE_REPLACED