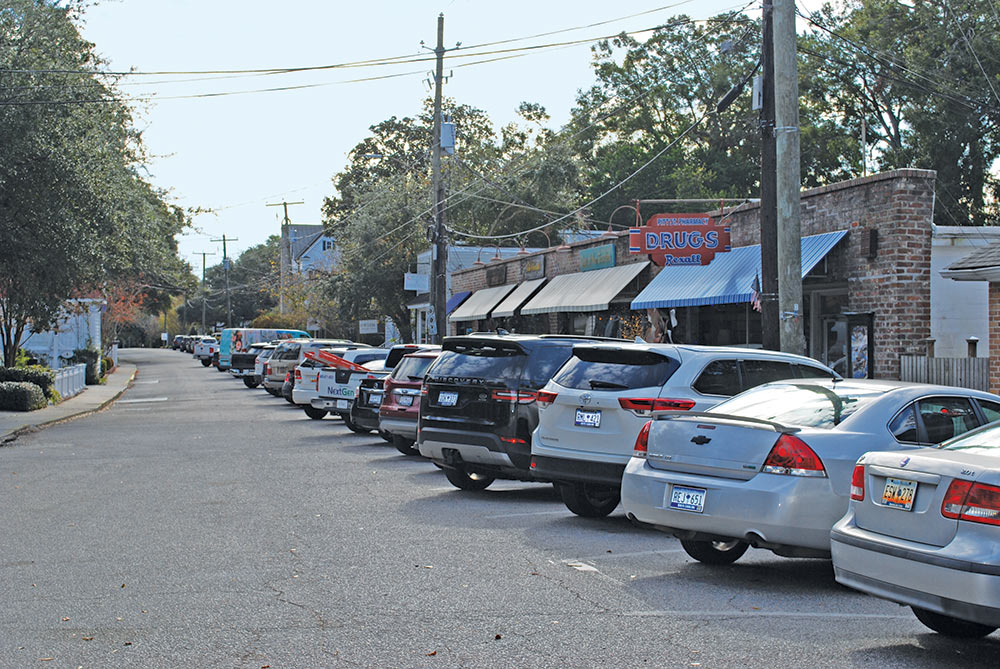 Residents and businesses in the heart of the Old Village are getting ready to endure an estimated 13 months of street closings, reduced parking .and general inconvenience. However, after the project — which will combine the efforts of the town, Mount Pleasant Waterworks (MPW) and Dominion Energy — is completed sometime before spring 2021, the Pitt Street corridor will have dependable water and wastewater lines, sidewalks compliant with the Americans With Disabilities Act, a freshly-paved road surface and underground connections from overhead power lines.

Work is scheduled to get underway in January 2020 in a T-shaped area that encompasses Pitt Street from Morrison Street to Venning Street and Venning Street between Royall Avenue and Bennett Street. The current clay wastewater lines, which are more than a half-century old, are expensive to maintain and on the verge of collapse. According to MPW Capital Program Department Head Bryan Brooks, they will be replaced, as will the 6-inch cast iron water lines. 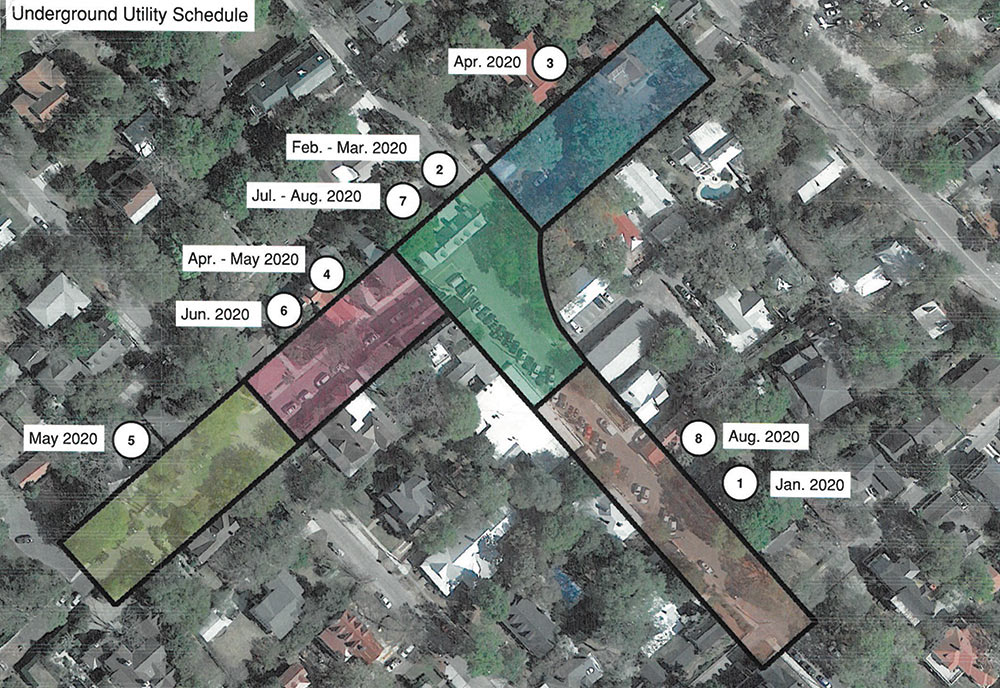 The result of all three entities collaborating on the project means the work will cause as little disruption as necessary and at as small a cost as possible: approximately $3.5 million for everything except the streetlights.

“If the project had been broken up, it would have been more disruptive and more expensive,” Brooks commented, noting that the work on the wastewater and water systems is necessary.

He added, “The risk of wastewater backups has been increasing. We have been cleaning the lines once a month. There is a risk that the lines will collapse and emergency repairs will be necessary. We have to prevent the collapse of the pipe or the failure of the road surface.”

MPW is also replacing the manholes in the area and Town Engineer Ken Rhye said the storm water drains are undersized “and have been for quite a while. We’re replacing them with larger drains that are closer to today’s standards.”

The project has been in the works since 2014. Since then, town and Waterworks officials have held group meetings with residents and business owners dozens of times as well as individual meetings with property owners, according to Community and Government Affairs Chief Lauren Sims. The goal has been to come up with a plan together that would cause the least amount of disruption for the people who live, shop and earn their living in the Old Village.

“We looked at it a dozen different ways. We made sure we did our due diligence,” Sims stated. “We were looking for a plan that mitigates the impact on businesses and residents. There will be some disruption, but communication is paramount to the success of this project.”

The improvements also moved along slowly because “design and permitting took a significant amount of time,” Rhye pointed out.

According to Brooks, work is scheduled to take place between January and the end of March on two separate sections of Pitt Street, from Morrison Street to Pitt Street Pharmacy, then from the iconic drugstore to Venning Street. Improvements on Venning Street, from Royall Avenue to Bennett Street, should take another six months, then work on other aspects of the project will resume at the original starting point.

Brooks pointed out that at no time will the entire Pitt Street corridor be shut down and that residents will always be able to get to the driveways of their homes. Though they might have to walk part of the way, potential customers will have access to the businesses on Pitt Street.

According to Sims, business owners and residents along Pitt Street preferred not to turn the road into a one-way street, which is required under state standards. To solve the issue since the street is owned by the South Carolina Department of Transportation, local officials worked with the SCDOT to transfer ownership of that portion of Pitt Street to the town of Mount Pleasant.

Brooks said the town would pay to replace the storm water lines. MPW is responsible for the wastewater and water lines and the two entities will share the cost of asphalt, sidewalks and striping. MPW’s share will be shouldered by its customers.

Click, Listen, Watch & Learn. Doug Holmes, "The Stats Guy" crunches and studies statistics in many fashions including the MLS in Charleston talks with host and publisher Bill Macchio about the 2022 … END_OF_DOCUMENT_TOKEN_TO_BE_REPLACED

John Powell, CEO and President of the Southeastern Wildlife Exposition (SEWE) talks with host Brian Cleary about the expo's art show featuring local and regional artists, and Powell talks about other … END_OF_DOCUMENT_TOKEN_TO_BE_REPLACED

I’m sure you’ve heard the saying, “a picture is worth a thousand words” or “it takes a village.” Both of these popular expressions apply to the journey I recently embarked on, which culminated on … END_OF_DOCUMENT_TOKEN_TO_BE_REPLACED