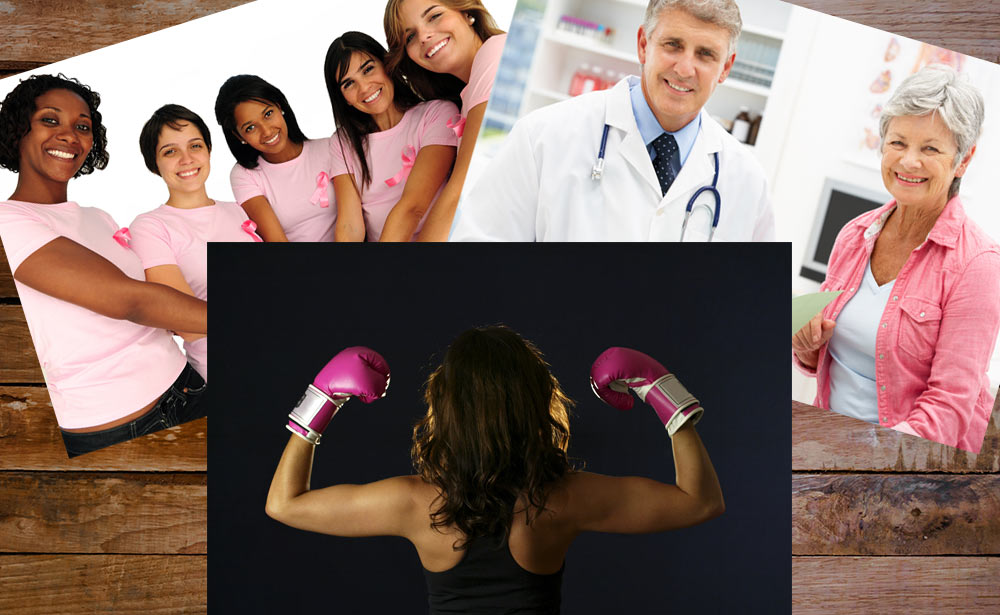 It’s been described in medical texts dating back thousands of years. Doctors have been experimenting with surgical incisions to destroy it since the first century, yet even today, with all of the advances of modern medicine, four little words, “you have breast cancer,” are still a dreaded reality for many around the world. Luckily, medical advances, widespread awareness, early detection and myriad of treatment options have helped more people overcome and survive this illness. Meet four Lowcountry women who have heard those four words and recently shared their stories. What you learn from their experiences may save your life.

Jennifer Hill Attisano is quick to clarify that she doesn’t consider herself a breast cancer survivor, but more so surviving. “I have beaten all the odds for advanced stage four metastatic cancer, but even when my tumors are gone, I’ll still be battling,” she said.

Attisano was diagnosed with invasive ductal carcinoma in October 2017, after a pea-sized tumor was discovered during an annual gynecological appointment. “I had done everything right, but nobody told me I had dense breasts. If you do, you need additional screening,” she cautioned. “Because I have dense breasts, my mammogram showed nothing, but an ultrasound would have. Every woman needs to ask.” Doctors believe she had the cancer for three or four years before it was detected.

At the MUSC Hollings Cancer Center, more testing revealed that Attisano had 18 to 20 tumors in her liver, and her cancer showed to be estrogen receptor positive. “It’s 100% hormone-driven. I am told never to put any hormone in my body ever again, as it feeds the cancer,” she said.

Attisano underwent chemotherapy, but it didn’t work. Instead, the tumors were growing. MUSC’s affiliation with the National Cancer Institute connected her with other national cancer specialists and opened doors for her to do further testing, which eventually led her to being prescribed Kisqali. “It’s a chemo pill and letrozole. I now have no metastatic disease in my upper torso and only two small tumors in my liver. It’s a miracle to see my scans side by side from when I started this medication. It was full of tumors.”

Because metastatic breast cancer is not curable, Attisano will be on medication for the rest of her life. She has monthly bloodwork and has scans every three months to analyze her tumors.

“It’s about surviving, even if you’re not officially a ‘survivor,’” she said. “I chat with people at the hospital and try to be uplifting. Your attitude can make the symptoms worse, I believe. The day I found out, I started fighting with such vengeance. I’ve been a warrior; my attitude will not let this beat me.”

It was a promise to her sister that saved Emily Cravedi’s life. Her sister was diagnosed with breast cancer in July 2017 and made Cravedi promise to get a mammogram too. It wasn’t until late December of that year that Cravedi finally made it into the doctor’s office, and toward the end of January 2018, following an ultrasound and biopsy, she was told that the “thing that looked like a grain of rice” on the ultrasound was invasive ductal carcinoma, the most common type of breast cancer.

The next steps moved much quicker, and Cravedi’s team of doctors and techs at Roper St. Francis helped keep her spirits lifted. “I just did it one thing at a time – whatever was in front of me. Everything happened so quickly that I didn’t really stop to reflect. The reflecting came later,” she said. Cravedi soon underwent surgery and radiation treatments. “I took off of work on a Monday to get myself together and get my dog to a boarder. I had my surgery that Tuesday and was back to work the following Monday. Then in April, I did radiation treatments on my way home from work every day. Twenty treatments – five days a week, for four weeks.” She proudly rang the hospital’s bell on May 4, signifying her completion of radiation – a mere three-and-a-half months since her diagnosis. For 10 years she will take a blocker pill and continue to have regular blood checks.

“I never forget that I am a survivor because that pill has side effects that always remind me – it’s like going back through perpetual menopause,” she laughed. “It’s awful, but compared to dying from cancer it seems pretty minor. Like I did with everything else, I just do it every day.”

Cravedi takes her role as a survivor seriously, dying her hair pink every October for Breast Cancer Awareness month and reminding others to get preventative diagnostics, such as mammograms. “I got a mammogram because my sister made me promise. When I called her after my diagnosis, I said, ‘Hi Steph, I just wanted to thank you for saving my life.’”

Lisa Jones was working at her desk at Susan G. Komen breast cancer organization when she got the call confirming that she had breast cancer. “I work for this organization trying to get rid of this disease. It seems like I would have gotten something else,” she joked. “I had kept up my health and got my mammograms every year at the same time. I never felt a lump, and I don’t have a family history. It was caught by my yearly mammogram – I was pretty shocked.”

Because of her background at Komen, Jones had a good understanding of the next steps. By the time she arrived home that day, she already had a plan in order, from a team of doctors to anticipated follow-up care. Her diagnosis was made at an early stage, and she opted to have a double mastectomy. After an anxious time waiting for the pathology results to find out what the next steps would be, she was told her cancer had not spread. “It’s scary because you just don’t know what’s coming next. I’ve heard so many stories, and everyone’s is different,” she said. “I don’t know how I got so lucky. My doctor called me the breast cancer poster child.” She was able to have natural reconstruction and was grateful not to undergo chemotherapy or radiation treatments.

In addition to keeping up with health screenings, Jones emphasized that those diagnosed with breast cancer should be their own advocates. “I knew where to get my information, but a lot of women don’t. I researched and prepared for each doctor appointment with my questions and made sure they got answered in a way that I understood. Be as prepared as you can be through that whole horrible time,” she recommended.

“I know my path was so much easier than other people’s, but it’s changed how I work,” Jones continued. “When someone says, ‘I’ve just been diagnosed,’ I know that feeling. It’s devastating, and until you get on that road, you just don’t know how long that road is going to be.”

While the world was watching the horrors of the 9/11 attacks, Sharon Hox was visiting her mother, Selma Hoxenhorn, in New York. That’s when she got the call that she had breast cancer. Hox had spent a portion of her teenage years living with her grandmother while her own mother battled advanced breast cancer, so Hox was silent on the subject until she could find a way back to Charleston to get a second opinion. She was relieved to discover the cancer was at stage zero and underwent a lumpectomy and radiation. She also took medicine for six years, due to her family’s history with breast cancer.

Ten years later, she was diagnosed, again with stage zero, and again underwent a lumpectomy and radiation for treatment.

Hox was not shocked by her diagnoses, explaining that it was more so a matter of when, not if, based on family history, genetics and other risk factors. “My first breast surgeon said, ‘Oh, it’s stage zero. We’ll just do a lumpectomy, and you can go on your merry way.’ I said, ‘Didn’t you hear my family’s history?’ I went to another doctor then, and I’m very grateful I did,” she explained.

It was her mother’s breast cancer experience in the 1960s that inspired Hox to make the most of her situation by helping others. “We lived in a community of about 850 families in New York, and any time a woman was diagnosed, my mother would visit her, show her what survival was and raise her spirits. Back then, people didn’t talk a whole lot about this.”

After her first diagnosis, Hox began volunteering at the Hope Lodge, which offers free lodging for cancer patients and their caregivers while they undergo treatments. She has lifted the spirits of Hope Lodge guests, made them laugh and even written grant proposals. “This is a gift I can give back to people. I can give hugs. I can look people in the eye and tell people I’ve been there,” she said with a smile.

Rebecca Imholz, Director of the Mount Pleasant Chamber of Commerce talks with host Brian Cleary about the 2nd Annual Dine Where You Live Campaign which is a proactive reaction by Mount Pleasant to … END_OF_DOCUMENT_TOKEN_TO_BE_REPLACED

For many of us, April 18 represents a looming and ominous deadline — Tax Day. Be it dread of the unknown, anxiety over how to navigate a complicated process, panic about penalties or stress about the … END_OF_DOCUMENT_TOKEN_TO_BE_REPLACED

Retiring from the fourth largest municipality in .the state of South Carolina after nearly 24 years of heading the Town of Mount Pleasant’s communications office is a momentous occasion for me. … END_OF_DOCUMENT_TOKEN_TO_BE_REPLACED