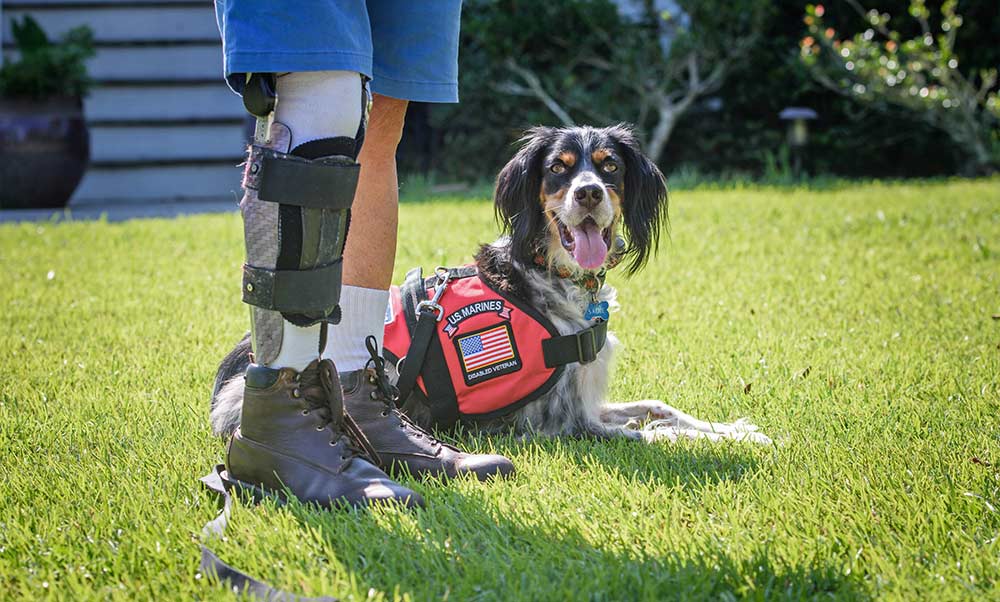 Post-traumatic stress disorder: we all know what it means, but do we understand the impact of PTSD on the daily lives of those who suffer from it? Probably not–how on earth could anyone comprehend the experience of a military veteran in a war-torn area without having a shared or even similar experience?

According to the American Psychiatric Association, PTSD is clinically defined as “a psychiatric disorder that may occur in people who have experienced or witnessed a traumatic event such as a natural disaster, a serious accident, a terrorist act, war/combat or rape, or who have been threatened with death, sexual violence or serious injury.”

Although anyone can experience PTSD, for our purposes here, we will look at it from the perspective of a local military veteran.

The US Department of Veterans Affairs reports the number of veterans with PTSD varies based on their era of service: about 30% of Vietnam veterans have experienced PTSD in their lifetime, while between 11 and 20% of those who served in Operations Iraqi Freedom and Enduring Freedom and an estimated 12% of Gulf War veterans experience PTSD in a given year. Some veterans do not seek diagnosis or treatment for many years following their service, which indicates these numbers may be higher.

But there is hope for sufferers. While it is unlikely a PTSD patient would ever fully “recover” from their trauma, they can—and do—live with their symptoms daily. This manageability is made possible through different therapies and even anti-anxiety medication when deemed necessary, but perhaps the sweetest comfort comes from the furriest among us.

Under South Carolina law, “service animal” means an animal is trained for the purposes of assisting or accommodating the mental or physical disability of a disabled person.

Mount Pleasant resident and former US Marine John Beahm can attest to the value his service dog Sadie, a Llewellin setter, provides. He has a medical prescription for a service animal and continues to work with Sadie daily to hone her skills and enhance their relationship. As a combat-wounded Vietnam veteran, Beahm, who now carries a near-200% combined disability rating from the VA, suffers from a form of PTSD that can trigger aggression. But Sadie’s superpower is to temper those episodes–she can sense when they are approaching, and he recognizes when she is concerned, which causes him to step back and avoid an aggressive response. Together for just under two years now, they are a team and very much attuned to each other. “We go everywhere together. She knows when she’s working, and she knows when it’s time to just be a dog,” he remarked. “Sadie has been a lifesaver for me.”

At our initial meeting, Sadie was excited and exuberant. A few minutes later, the vest and leash were attached, and her entire demeanor shifted to a more serious working mode. Her pace slowed, her gait adjusted, and her full attention was on Beahm. And although the Americans with Disabilities Act does not require service animals to wear a vest, tag or any specific harness, and Beahm personally prefers to not call attention to it, he recognizes that these identifying accessories encourage others to not disturb service animals while they are working.

Beahm is a former Acting Platoon Sergeant who incurred a traumatic amputation in Vietnam, and while surgeons were able to reattach the limb, it is non-functioning.  For the last several years, he has worn a knee-to-ankle brace with computer elements to help monitor and improve his gait, but Sadie is also present for physical support if it’s needed. Her primary job, though, is to see him through the bouts of PTSD that can be triggered all-too-often by everyday things like news reports of violence which, according to him, are ever-present and can be overwhelming. Service animals like Sadie become adept at detecting physical anxiety and distress and can interrupt the process before it becomes a full-blown attack. “She’s a Godsend, truly,” said Beahm.

Jake Nold, Director of Philanthropy with Operation Patriots FOB, offered suggestions for family members of PTSD patients, stating, “A service dog is not the end-all be-all when it comes to PTSD. In the absence of a service dog, the companionship of a well-trained dog at home can be of great benefit to some. Working with organizations such as OPFOB and getting outside to enjoy the naturally therapeutic benefits of the outdoors is highly recommended. The key thing for families to understand is that some things will simply never be the same for their family members who suffer from PTSD, but there is no need to enable negative coping behaviors. Empower the individual to learn to live life to the best of their ability and reach out to organizations and people willing to help them do so.”

While Sadie was acquired and trained privately and continues her training daily through real-life experiences, there are other resources and organizations that support veterans in their pursuit of service animals. For more information, contact the VA or your health care provider, or visit petsforvets.com and servicedogs4vets.org.

For many of us, April 18 represents a looming and ominous deadline — Tax Day. Be it dread of the unknown, anxiety over how to navigate a complicated process, panic about penalties or stress about the … END_OF_DOCUMENT_TOKEN_TO_BE_REPLACED

Retiring from the fourth largest municipality in .the state of South Carolina after nearly 24 years of heading the Town of Mount Pleasant’s communications office is a momentous occasion for me. … END_OF_DOCUMENT_TOKEN_TO_BE_REPLACED

Perhaps you’ve noticed it as you’ve turned off Highway 17 onto Mathis Ferry Road, just past the first traffic circle. More likely than not, you haven’t paid it much attention. But that’s about to … END_OF_DOCUMENT_TOKEN_TO_BE_REPLACED