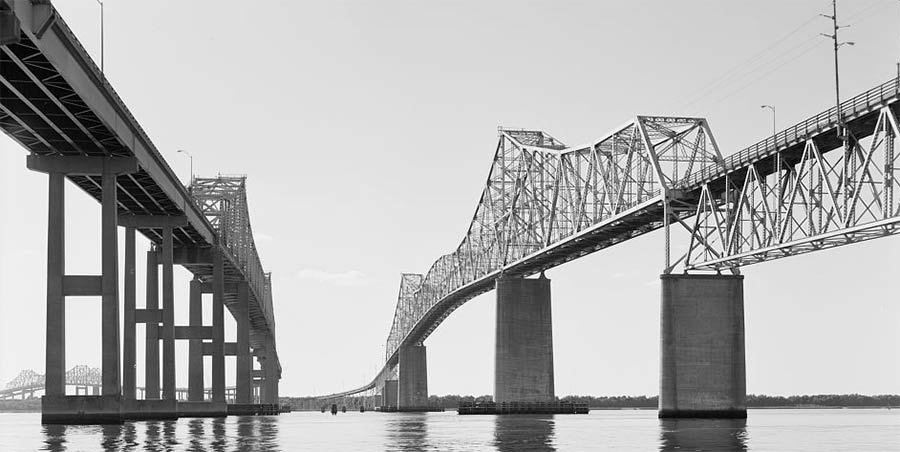 At the dawn of the 20th century, Mount Pleasant was a sleepy and somewhat isolated community. Businessmen went home for their midafternoon dinner and a nap afterward. When a local resident died, a messenger was sent by bicycle to deliver invitations to the funeral. The arrival of traveling medical shows, gypsies and the occasional organ grinder — with the requisite monkey in tow — was cause for big excitement.

But life changed dramatically with the opening of the John P. Grace Memorial Bridge – better known as the Cooper River Bridge — in 1929. In fact, at the town’s centennial celebration eight years later, a slogan was unveiled by the Mount Pleasant Chamber of Commerce inviting people to “Come to Mount Pleasant and Live!”

And come they did. Charleston residents began flocking to new suburban neighborhoods which, until then, had been quiet farmland. Modern services became available to residents. Mayor W.L. Erckmann’s administration, 1934-1946, boasted the installation of a water system, a water treatment plant and sewer system. A new jail and fire department were built.

Mayor Francis Coleman’s tenure, 1946-1960, saw the paving of 10 miles of streets, the opening of Mount Pleasant’s first library and bank and the writing of the town’s first zoning ordinance. The population increased from 1,500 people in 1946 to 5,112 by 1960. When part of the Old Georgetown Road was widened, it was renamed Coleman Boulevard.

Mayor G. Magrath Darby, 1960-1976, embraced annexations and increased the number of voting precincts from one to four. He established a full-time fire department and added more policemen. A recreation department was also funded.

In short, the town was off and running.

It soon became quite apparent that an additional bridge would be needed to handle the increased traffic between Charleston and Mount Pleasant. The three-lane Silas N. Pearman Bridge opened in 1966 to carry travelers into Mount Pleasant, while the original two-lane Grace Bridge became one-way heading into Charleston.

Before the Grace Bridge was built, the only way across the Cooper River was by ferry. In 1946, ferry service had to be reinstated for six months after a large ship hit the bridge, killing a family of five whose car plunged into the 240-foot hole in the bridge. It was one of those events locals of a certain age still talk about.

A decade after the Pearman Bridge was built, it was determined that the “old bridge” was unsafe for large trucks, so the reversible lane on the “new bridge” was converted to westbound only. Both bridges were demolished when the Arthur Ravenel Jr. Bridge opened in 2005.

In the 1950s and 60s, supermarkets and shopping centers became symbols of the time. The town’s first shopping center, where GDC is now, was anchored by a Big Star supermarket and drug store, Western Auto and Krispy Kreme doughnut shop. The Old Village’s last mom-and-pop grocery, Coleman’s, closed its doors in 1971.

By midcentury, the long-standing ship building industry on Shem Creek was replaced by shrimping. Dozens of trawlers crowded the docks. Shrimper Robert Magwood also had a cooter pen where he kept terrapins he shipped to restaurants in Northern cities. For decades, the only restaurants on Shem Creek were Lorelei Seafood and The Fork.

Television had become part of daily life and Mount Pleasant hosted two local stations. One was the home of “Suzie Q from Channel 2,” a live elephant that overlooked the Coleman Boulevard approach to the Grace Bridge. Children vied to be the first to spot her when passing in the family car.

Another significant memory is when, in 1989, Hurricane Hugo rendered the Ben Sawyer Bridge unusable for a month. This made it clear that an additional route off and onto the islands was needed. The Isle of Palms Connector opened four years later.

In the mid-20th century, the Isle of Palms boasted several juke joints and was a popular dancing scene, but Black residents and visitors were not welcome at the beach or those venues. From the 1930s through the 1960s, Black residents sought recreation at the boardwalk and dance pavilion at Riverside Beach, near the Remley’s Point Boat Landing.

Another stain of segregation was in education. Laing School offered vocational education for Mount Pleasant’s Black children, while white students attended high school in downtown Charleston until Moultrie High School opened in 1940. Moultrie was integrated in 1971, and two years later, Wando High School opened on Whipple Road, replacing Moultrie as the town’s only public high school. The school moved to its present location in 2004 and thrives with 4,000 students. It is one of the largest public high schools in the state. Two years ago, the town gained an additional public high school named for Wando’s former principal, Lucy Beckham.

East Cooper Community Hospital opened on Bowman Road in 1986, allowing residents to breathe a sigh of relief they no longer had to go to Charleston for emergency and critical care. In 2010, the hospital moved to its current facility and expanded to serve the needs of a growing population.

The South Carolina State Ports Authority opened the Wando Welch shipping terminal in 1982. It now handles 78% of Charleston’s container ship activity. The SCSPA’s headquarters moved to this facility from downtown Charleston two years ago. The Don Holt and James B. Edwards Bridges, completed in 1992 and 1989 respectively, have supported the necessary transportation needs for the shipping industry as well as for East Cooper residents. And, of course, the Ravenel Bridge has enabled even more vehicles to cross the river. Because, after all, folks still want to “Come to Mount Pleasant and Live!”

Click, Listen, Watch & Learn. Doug Holmes, "The Stats Guy" crunches and studies statistics in many fashions including the MLS in Charleston talks with host and publisher Bill Macchio about the 2022 … END_OF_DOCUMENT_TOKEN_TO_BE_REPLACED

John Powell, CEO and President of the Southeastern Wildlife Exposition (SEWE) talks with host Brian Cleary about the expo's art show featuring local and regional artists, and Powell talks about other … END_OF_DOCUMENT_TOKEN_TO_BE_REPLACED

I’m sure you’ve heard the saying, “a picture is worth a thousand words” or “it takes a village.” Both of these popular expressions apply to the journey I recently embarked on, which culminated on … END_OF_DOCUMENT_TOKEN_TO_BE_REPLACED