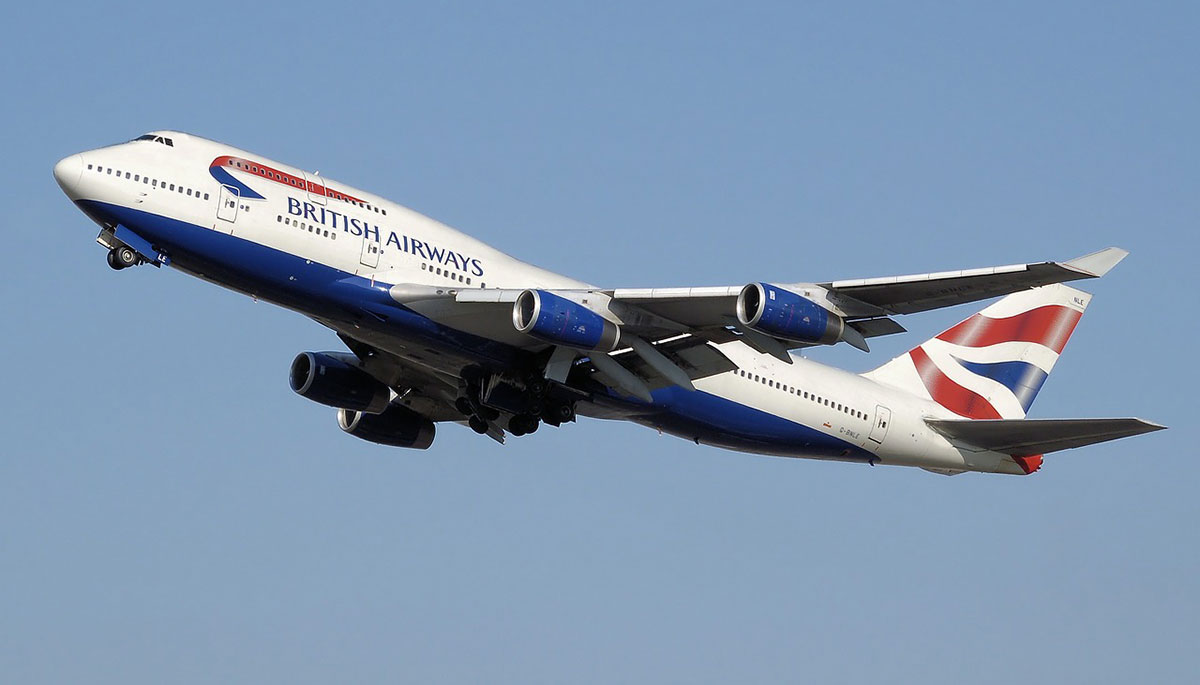 That’s because beginning in April and continuing through October, British Airways will offer the first-ever twice weekly – Thursday and Sunday – nonstop flights between Charleston International Airport and London’s Heathrow Airport.

Ever since the first nonstop commercial flight from Europe to the United States in 1938 – by Lufthansa, from Berlin to Floyd Bennett Field in Brooklyn – travelers bound for Charleston from London – and vice versa – have had to endure at least one layover, with the most prominent cities in recent years often being Atlanta or New York City. Starting this year, traveling in either direction will be as painless as falling asleep aboard a plane departing one location and waking up in the other. No more long waits in unfamiliar airports or mad last-minute dashes to and from connecting flights. How this new venture will affect sales for pretzel vendors, hot dog stands and souvenir shops at stop-over airports remains to be seen.

Britons, however, seem genuinely delighted at British Airways’ new nonstop experiment – at least the ones already living here in the Lowcountry.

There’s Steve Lesniak, for example. Although born in Chicago, Lesniak spent most of his youth and young adulthood living in Blackpool with his British-born mother. He holds dual citizenship as a result.

He describes his adopted-seaside native city in England as “Myrtle Beach … without the sunshine and the golf courses.”

Lesniak married and started a manufacturing business with his wife. Then the two divorced and sold the business, and he embarked on a new adventure. Needing a change of scenery, he returned to America and spent a year traveling the country before deciding it was time to get back into the world of business.

He chose South Carolina as his new home because “it was on the East Coast, it was warm and it wasn’t Florida.”

In 1994, he founded Celadon Home, an innovative, eclectic home-furnishings business in Mount Pleasant.

Today, he terms himself “semiretired” and has tentative plans to roam the United States in an RV with his new wife.

But what about some trips back and forth to Britannia?

“I’ve been back several times, although most of my flights have been through Manchester. But I still have a great many friends in London,” he pointed out.

That said, the new British Airways Charleston-London nonstops, he suggested, will “open the gates to Europe for people both coming and going. … Travelers could certainly make that journey before, but this just makes it a lot easier. I think it’s going to be fantastic.”

Maria Hutzler, office manager at Charleston Cabinetry and Countertops on Ben Sawyer Boulevard, hails from Portsmouth, on England’s south coast about one hour’s drive from London. She, too, arrived in the United States in the early ’90s, planning to stay for just a year working as a computer-programming consultant. Her assignments around the country included stops at cities such as Memphis, San Francisco and Portland, Oregon. Along the way, she met her husband-to-be, also a peripatetic consultant, and, in 1998, they married in Charleston, where he had spent his formative years.

As to her experience in America, Hutzler observed, “I love being here. I like being by the beach. It reminds me of my hometown in England, although it’s warmer here and less rainy.”

Any negatives about her Lowcountry experience to date?

“It’s a beautiful place to live. But there are so many cars and so many houses and it’s growing so fast,” she said.

“It’s hard to think of moving away from here,” she added.

On the other hand, she has a sister who lives in England: “I’d like to think that she would take advantage of the new direct flights. Maybe now she will come more often.”

Hutzler hasn’t been back to England for four years and is now mulling a return visit this summer.

“I like the convenience of a nonstop flight. It’s shorter, and you just get on the plane and go there. No more layovers or worries about missing connections,” she said.

Her parents, who live in England, have visited her before: “Now they are older, and they would definitely welcome a direct flight.”

Sarah German, a Scot by birth, has traded kidney pie for kidneys themselves as an administrator for MUSC’s transplant department. She arrived in the States in 2009, and eventually landed in the Lowcountry after her husband took a position with Blackbaud.

“We knew nobody in the Charleston area, but we knew we wanted to stay in the United States,” she said.

Blackbaud promised to help the pair obtain their green cards, which became their tickets to stay.

She noted that she is “comfortable and pleased with our move to the United States” and that she and her husband will be “going for our U.S. citizenship this year.”

But what about the “auld sod”? German observed that “There are actually quite a few Brits around here. … We have a small group of friends we meet up with for a pint and some fish-and-chips and to talk about the old country. … and that we’re happy to be living amidst the palm trees!”

So how will those new British Airways flights affect the German family?

“We won’t necessarily be taking advantage of this service to fly back to England often,” she said, adding that it would doubtless be more pleasant than her last trip to London, which took her through New York City, an experience she’d rather not repeat. “But my in-laws are ‘getting on a bit’ and changing flights in Atlanta’s airport, which is very busy, can be a lot for them to handle to get here.

“So, their driving to Heathrow, getting on a plane in London and getting off right here in Charleston where we can pick them up is very appealing,” she said.

Sadly, no British Airways nonstop flights are planned between Charleston and her hometown of Edinburgh.

“It takes eight or nine hours to drive from London to Edinburgh. The roads are very narrow, and everyone driving seems to be angry. Of course, the Scots have a habit of getting angry very quickly. But, if you give them a whisky, they’re usually all right!”

Based on their projected success with the new Charleston-London nonstop flights, if British Airways ever contemplates direct service to the fabled Scottish capital city, their attendants should be decked out in kilts as they serve in-flight meals of haggis and toad in the hole.

And let’s not forget that dram of “uisge,” laddies, lest some disgruntled Scotsman breaks out his bagpipes and serenades his fellow passengers all the way across the Atlantic!

For many of us, April 18 represents a looming and ominous deadline — Tax Day. Be it dread of the unknown, anxiety over how to navigate a complicated process, panic about penalties or stress about the … END_OF_DOCUMENT_TOKEN_TO_BE_REPLACED

Retiring from the fourth largest municipality in .the state of South Carolina after nearly 24 years of heading the Town of Mount Pleasant’s communications office is a momentous occasion for me. … END_OF_DOCUMENT_TOKEN_TO_BE_REPLACED

Perhaps you’ve noticed it as you’ve turned off Highway 17 onto Mathis Ferry Road, just past the first traffic circle. More likely than not, you haven’t paid it much attention. But that’s about to … END_OF_DOCUMENT_TOKEN_TO_BE_REPLACED