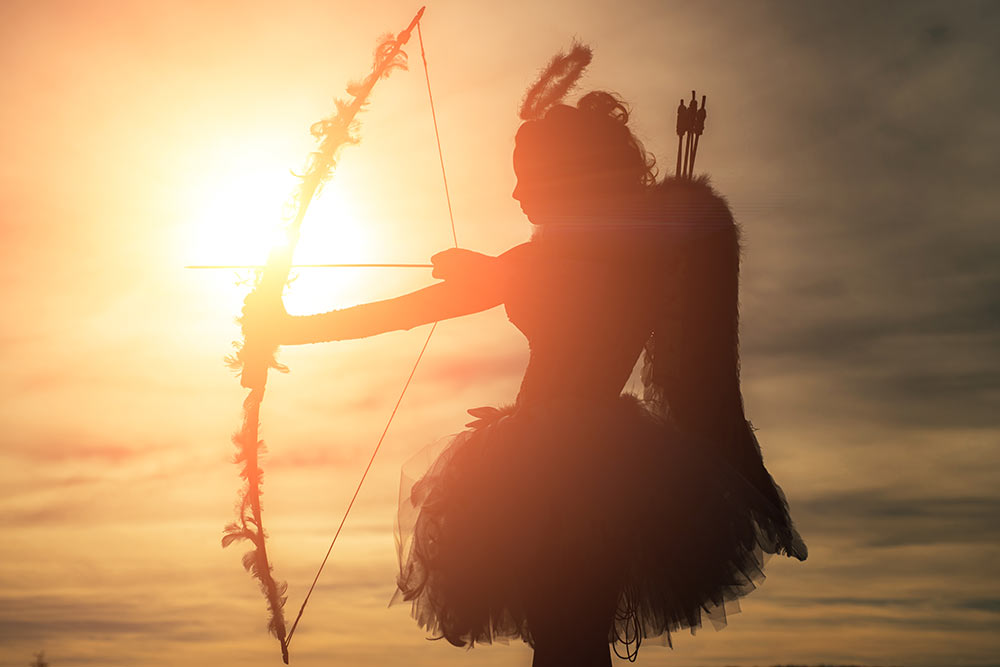 Valentine’s Day is a strange holiday: a feast of love, built on the feast day of a martyr, in the dead of winter.

Turns out that while chocolate, roses, diamonds and dinner are lovely gifts, we focus our love of red hearts and presents on Feb. 14 as a result of an odd combination of mythology and marketing.

Mythologically speaking, we celebrate Valentine’s Day because of a couple of priests – both named Valentine – who lived during the early days of the Roman Empire and who both died on Feb. 14 of different years that century, according to NPR. And while we have limited information about the Valentines, those details come from the meticulous records of medieval Belgian monks. The martyred Valentines were killed because they persisted in preaching Christianity, not because they fostered romance among their flocks.

While there’s nothing romantic about the beheading of those historic Valentines, the mid-February date also suggests a plausible connection with the Roman Feast of Lupercalia, a lovefest that paired couples by lottery.

Medieval and renaissance writers added some fluffy love bites of secret notes and blind lovers to Valentine’s tale. Geoffrey Chaucer, a 14th century poet, introduced the connection between Valentine’s Day and romance in his poem, “The Parliament of Fowls,” to talk about the February mating season of British birds. Two hundred years later, Shakespeare’s most dangerously besotted heroine, Ophelia, described herself as Hamlet’s Valentine.

Notes, letters and heart-shaped cards became fashionable in 1913 when Hallmark introduced cards that were premade, beautiful and only slightly expensive. Then chocolatiers, florists and diamond merchants recognized the marketing potential inherent in a cold, bleak February day as the best time to fan the flames of love and desire.

Today, while only about half of Americans fully participate in Valentine’s Day celebrations, we spend nearly $4 billion on jewelry, $3.5 billion on Valentine date nights, $2 billion each on candy and flowers and just under $1 billion on cards.

Despite the origins and our market-driven spending habits, there’s something charming — and maybe even a little bit lovely — about celebrating love in the bleak cold of February. In Mount Pleasant, we have a better-than-average chance of seeing the sun on an acceptably cool day.

But even if it is cold here this year, a bit of chocolate, a fragrant rose or a glittering ring can make even the slushiest February feel snug.

For many of us, April 18 represents a looming and ominous deadline — Tax Day. Be it dread of the unknown, anxiety over how to navigate a complicated process, panic about penalties or stress about the … END_OF_DOCUMENT_TOKEN_TO_BE_REPLACED

Retiring from the fourth largest municipality in .the state of South Carolina after nearly 24 years of heading the Town of Mount Pleasant’s communications office is a momentous occasion for me. … END_OF_DOCUMENT_TOKEN_TO_BE_REPLACED

Perhaps you’ve noticed it as you’ve turned off Highway 17 onto Mathis Ferry Road, just past the first traffic circle. More likely than not, you haven’t paid it much attention. But that’s about to … END_OF_DOCUMENT_TOKEN_TO_BE_REPLACED