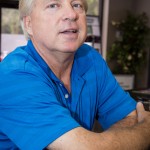 Dennis Walczuk recognized the need to financially support some of America’s greatest heroes after a June 2007 fire at the Sofa Super Store in West Ashley claimed the lives of nine Charleston firefighters. Walczuk, the owner and operator of Exclusively Bimmers on U.S. Highway 17 in Mount Pleasant, described the nation’s firefighters as “truly great unsung heroes” who … END_OF_DOCUMENT_TOKEN_TO_BE_REPLACED

KIDS FIRST Swim School Best Place for Swim Lessons Brian Cubbage, Owner What is it like working with the Mount Pleasant community? This community is amazing. So many people share our … END_OF_DOCUMENT_TOKEN_TO_BE_REPLACED

Historic Georgetown, South Carolina is the cozy town you didn’t know you were looking to find. Located about an hour north of Charleston, the historic port city at the heart of the Winyah Bay sits … END_OF_DOCUMENT_TOKEN_TO_BE_REPLACED